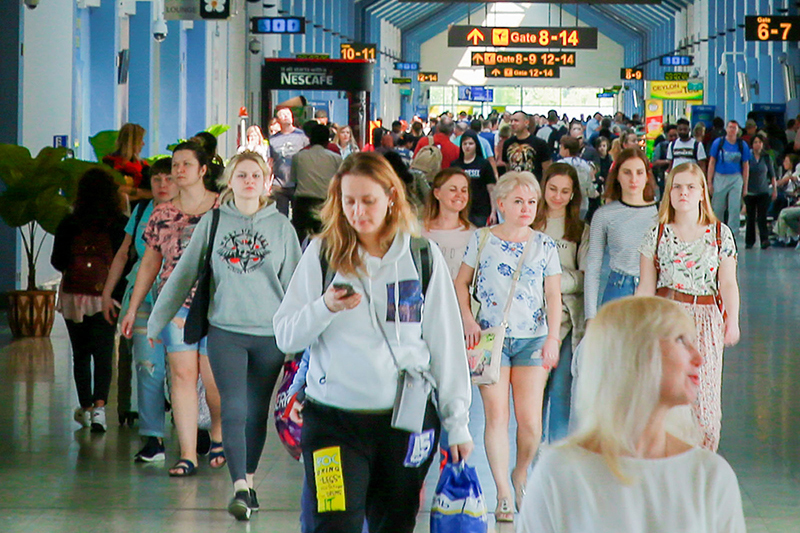 An Aeroflot plane brought 288 from Moscow, while Azur Air had 335 on board its flight from Krasnoyarsk.

According to former ambassador to Russia Udayanga Weeratunga, 60 direct flights have so far brought in 18,508 Russian tourists to Sri Lanka.

From December 29, two flights per week from Russia will arrive at Mattala Airport with a total of 822 tourists, he said.

Weeratunga also said he continued to be revenged politically after the good governance regime seized all his bank accounts eight years ago.

He accused leaders of that government of taking revenge from the country’s economy and state resources by using the Mattala airport to store paddy. 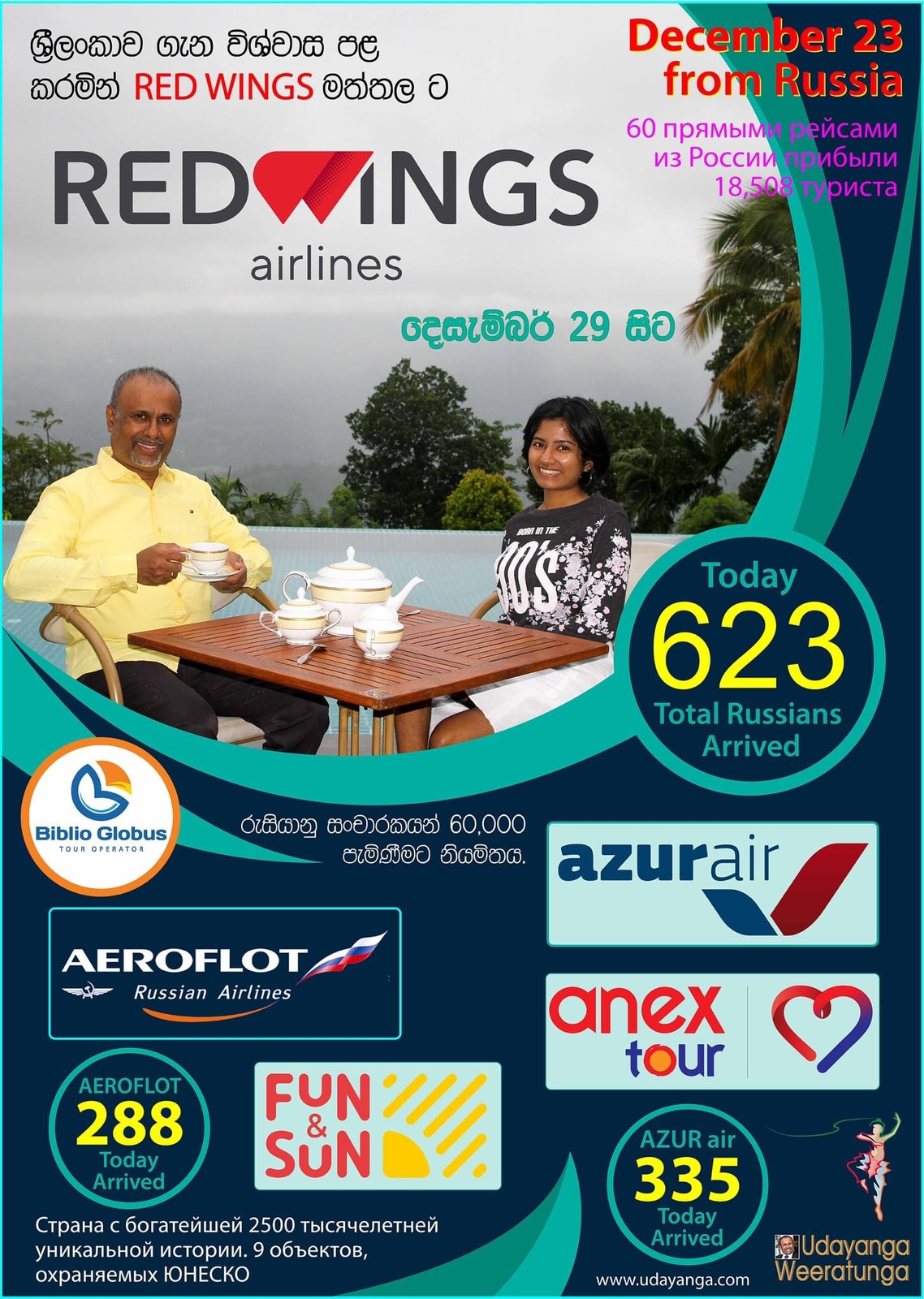