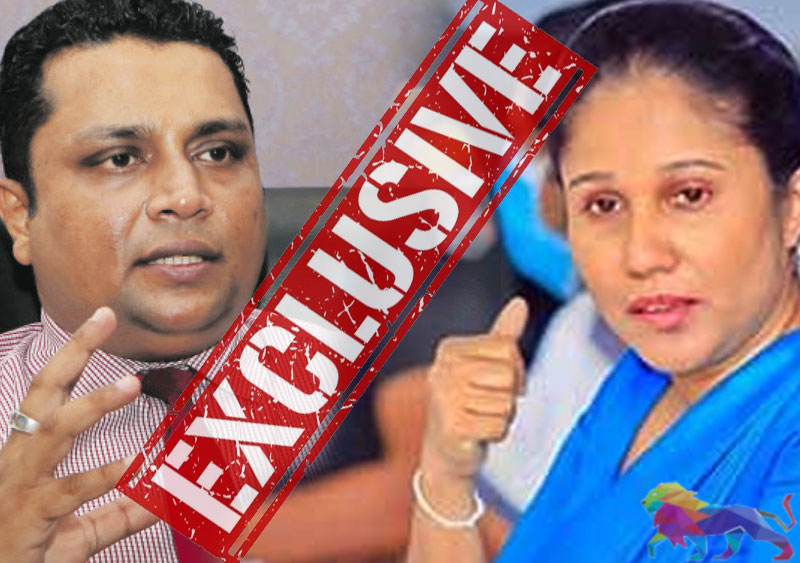 The Chairman of the Vocational Training Authority of Sri Lanka, Damitha Wickramasinghe, has been instructed to resign by the President due to pressure exerted by State Minister Dr. Seetha Arambepola, sources at the Presidential Secretariat said.

It is alleged that the State Minister of Skills Development, Vocational Education, Research and Innovation, Dr. Seetha Arambepola has called on the President on several occasions to complain that Damitha Wickramasinghe was acting on his own disregarding the directives of the State Minister.

"Damitha Wickremasinghe acted with the President's powers. He doesn't even address her as Madam. The Chairman acted like a Minister. The State Minister was very upset recently regarding these developments. That's why the President told Damitha to submit his resignation. But the President has decided to appoint him as the Chairman of the National Youth Services Council," a senior official at the Presidential Secretariat said.

It is reported that the President's decision has also been influenced by the cold war between NYSC Chairman Theshara Jayasinghe and subject Minister Namal Rajapaksa.

Theshara Jayasinghe has recently been accused of ignoring subject Minister Namal Rajapaksa with regard to the conduct of affairs at the NYSC.

"The President has therefore decided to change the chairpersons," the senior official added.

Meanwhile, Theshara Jayasinghe, who has been named as the Chairman of the VTA by the President has already clashed with State Minister Dr. Seetha Arambepola before assuming duties.

This was in fact due to a SMS sent by Theshara Jayasinghe to State Minister Seetha Arambepola, where the former had boasted that he had forgone a monthly income of Rs. 400,000 in order to accept this new position.

However, Dr. Arambepola had immediately replied stating that she came into public service forgoing a daily income of Rs. 400,000.

Meanwhile, subject Minister Namal Rajapaksa has not forwarded the letter of appointment to Damitha Wickramasinghe who has been named as the new chairperson of the National Youth Services Council by the President.

According to Sports Ministry sources, Minister Namal Rajapaksa is of the view that he should have been consulted and reach a consensus before handing over the letter of appointment.

The President had appointed Theshara Jayasinghe to head the NYSC at his sole discretion despite a number of government stalwarts opposing the move.