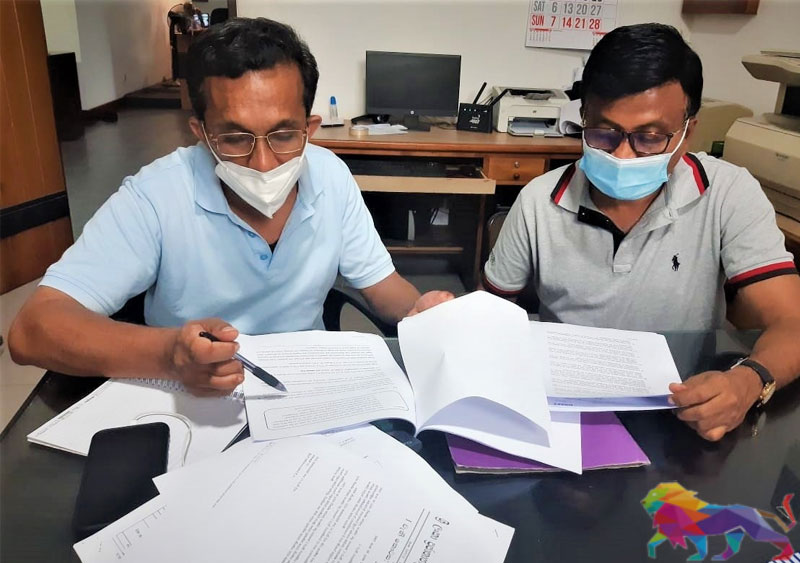 The Janatha Vimukthi Peramuna (JVP) has decided to file a Fundamental Rights petition in the Supreme Court stating that the government has incurred a loss of Rs. 15.9 billion through the sugar import scam and that they have violated the public's fundamental rights due to the non-receipt of relief.
Accordingly, the case will be filed today (12) by JVP Politburo member Sunil Handunnetti and Central Committee member Sunil Watagala.
President Gotabaya Rajapaksa, Prime Minister Mahinda Rajapaksa, Secretary to the President Dr. P.B. Jayasundara, Secretary to the Finance Ministry S.R. Attygalle, former CWE Chairman Nushad Perera, Chairman of Pyramid Wilmar Sajjad Mowzoon, Chairman of the Consumer Affairs Authority Shantha Dissanayake and the Attorney General have been named as respondents.
SJB calls for forensic audit

The Samagi Jana Balawegaya (SJB) has requested the Finance Ministry to conduct a forensic audit on the loss incurred by the government due to the reduction of import duty on sugar from Rs. 50 to 25 cents per kilo.

SJB MP Dr. Harsha de Silva said that a forensic audit must be conducted in order to calculate the real loss of revenue to the state.

The former Minister of Economic Reforms also called for a parliamentary debate on the sugar scam and requested authorities to revise these taxes before the debate.