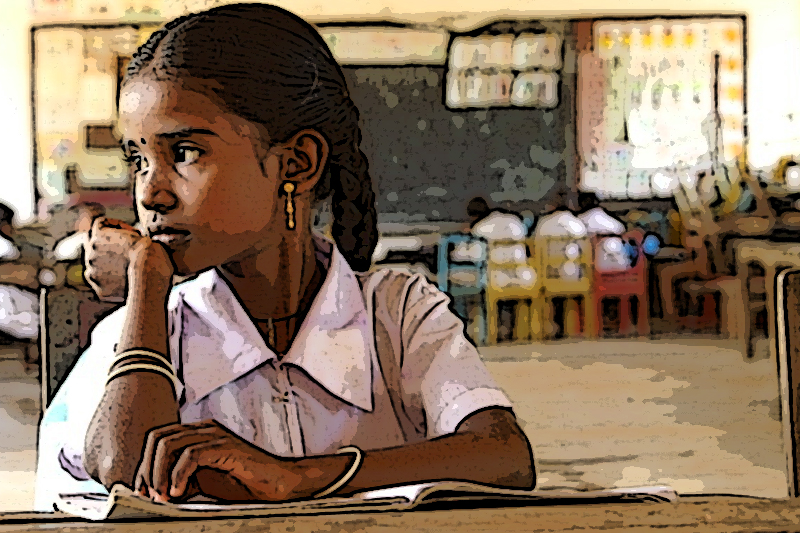 If over 30 percent of school children drop out of school in the beginning of next year, that should not be a surprise.

There were field survey reports by September last that revealed over 35 percent of the families unable to have even two meals a day find great difficulty in sending their children to school.

Skyrocketing prices of goods even before the Budget – 2023 could leave these children with no alternative answer from the government other than dropping out of school. Thus around 1.4 million out of 4.1 million school going children may have their right to education wholly violated. This is the direct result of President Wickremesinghe carrying out conditions laid down by the IMF. 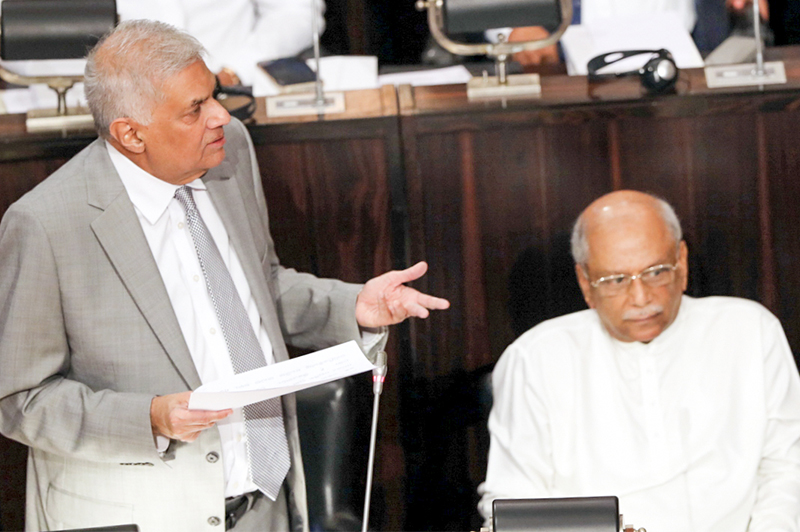 President Wickremesinghe who retained the finance ministry portfolio for himself, began restructuring the economy in line with IMF conditions and proposals even before the budget was planned. Increasing taxes and introducing new taxes were also decided according to IMF conditions laid down. Decision to increase the “cess” on 600 items was also done accordingly. Yet neither does the IMF insist, nor does President Wickremesinghe as finance minister take steps to recover billions of rupees the filthy rich businessmen defraud and default in paying their income tax annually. In fact, no government has ever taken steps to recover such unpaid taxes. Neither do they provide such information in detail to the parliament.

This government has resorted to the easy way out in collecting revenue by taxing wages of those with a monthly wage of Rs.100,000 and above to bridge the deficit due to unpaid taxes by the filthy rich. Wickremesinghe also slapped indirect taxes knowing quite well they would drastically increase prices of all goods in the market. He knew prices would definitely increase when he raised the VAT to 15 percent and introduced the 2.5 percent tax as a Social Security levy. These taxes keep adding to prices at many different levels in market distribution and price increases are for all consumers as Wickremesinghe is quite aware about.

As such, with these price increases being heavy, the cost of sending a child in the new year in a new pair of shoes with a school bag packed with CR and excise books, pastel colours, drawing books, instrument box, pencils and pens that totalled a cost of about Rs.7,000 in the past years would now cost over Rs.15,000 with a pair of shoes quoted a minimum of Rs. 4,000, a school bag over Rs.3,500, an eighty-page drawing book Rs. 400 and a 200-page CR book priced Rs.540 among all other necessities also fetching increased prices.

Parents who afford sending their children to the dozen or more over-privileged, popular government schools and to schools labelled “international” run by private companies for profit, would not feel this increased cost of schooling. Yet those parents who manage to send their children to the 3,204 government schools with up to O/L classes out of the 10,150 government schools, will not be able to bear the burden with their hard-earned meagre income. They now have to squeeze food and essential goods within their income stretched to a snapping point. To find Rs.15,000 more to send one child to school this new year therefore would now be near impossible for them. Thus, it would only mean the child drops out of school. From beginning of next year that number could be 748,000 presently attending the 3,204 schools with Grades up to O/L classes.

Most sadly, there is an inhuman contribution to this tragedy with some school principals and teachers insisting parents should send their children to school with everything in the book list and in socks and shoes. That intimidating “yelling” is already heard in different parts of this economically devastated island. There is also no audible presence of teacher trade union leaders on this major education tragedy, who sometime back were busy demanding salary increases based on the Subodhini Salary Report, staging protest rallies, pickets and processions. The Opposition in parliament too is busy slandering the 2023 Budget designed on IMF dictates and with proposals relevant to none, but out of touch with economic measures that would create mayhem in the education sector in months to come. 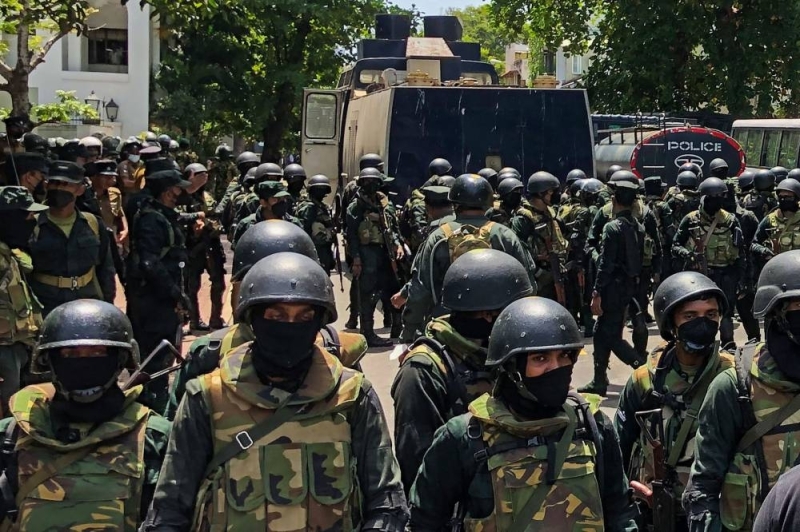 In this country that has no threat of a civil war, no sign of mass revolts, there is no attention paid to the defence allocation of Rs.390.7 billion with another 19.9 bn allocated for public security also under the Defence Ministry. Despite the allocation for public security, the police department is allocated with Rs.129.2 bn. HR and social activists do not question the Police being often and regularly used as an auxiliary force since the ’71 JVP insurrection and the North-East civil conflict. The police department is no more a civil department for law enforcement and policing of society. Thus, the total defence budget in effect is Rs.539.2 billion for 2023.

That left as unseen, the Opposition does not even raise the issue of allocations for School Education being a mere Rs.166.3 billion for 2023 when the allocation of Rs.65.7 bn for Higher Education is taken off. From what is left for school education when recurrent expenditure for school administration, regional office staff, salaries of principals and teachers accounting for Rs.124.3 bn is spent from Rs.166.3 bn, how much would the deprived children in schools without drinking water and toilets be provided with for improvement is never queried about.

Parents and teachers (who are parents too) need to understand this tragedy in education would be far more critical and deep-rooted than the economic crisis, with Wickremesinghe paying more attention to defence affairs than to education. Everyone needs to understand that with all essentials including food going to be far more expensive, numbers of dropouts from schools by the second term next year would also be far greater than in January. It could be 30 to 35 percent dropouts by April 2023. Thirty percent of the school pupil population is no small number. It would be 1.2 million from 4.1 million children in schools. If that number would drop out from schools in a few months or in a year, that country is no civilised country.

Wickremesinghe government therefore should be told to,

1. stop levying the increased “cess” from 15 November (2023) and to provide parliament with details of all defaulters and defrauders of taxes including their names and to slap a surcharge of 100 percent on tax arrears due and to allocate the surcharge to a Special Educational Improvement Fund.

2. remove the VAT and the Social Security levy from all school utilities including stationery, children’s shoes and bags immediately

3. remove the VAT and the Social Security levy from all essential food items and goods immediately.

I would thus propose to all teacher trade union leaders who are unable to formulate demands for this educational crisis to takeover the above demands and lead a social campaign demanding them from this Wickremesinghe government before it is too late.

This email address is being protected from spambots. You need JavaScript enabled to view it.