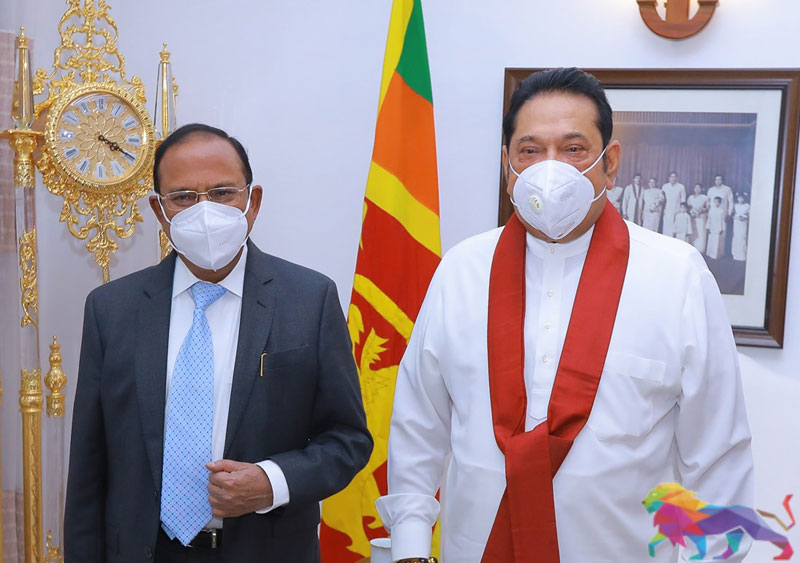 He made this request when Indian National Security Advisor Ajith Doval called on him at his official residence in Wijerama on Friday (27).

The Indian National Security Advisor has stressed on the need to identify strategies to boost the economy that would allow Sri Lanka to move towards development with other countries in the region amidst the COVID-19 pandemic.

Doval had reiterated that the Indian government will extend its full support towards these initiatives.

The Indian National Security Advisor had arrived in Colombo for trilateral India, Sri Lanka and Maldives consultations on maritime and security cooperation.

India's Ministry of External Affairs (MEA) said that the NSA-level trilateral meeting has served as an effective platform for cooperation among Indian Ocean countries, adding that the mechanism is being revived after six years as earlier meetings were held in 2011 in the Maldives, in 2013 in Sri Lanka, and in 2014 in India.

Doval had also met Defence Secretary Major Gen (Retd.) Kamal Gunaratne and discussed matters pertaining to the growing defence and security partnership between the two countries.
"They had agreed on several steps to further strengthen the valuable cooperation between the two countries which also contributes to peace and security in the region," the Indian High Commission said.