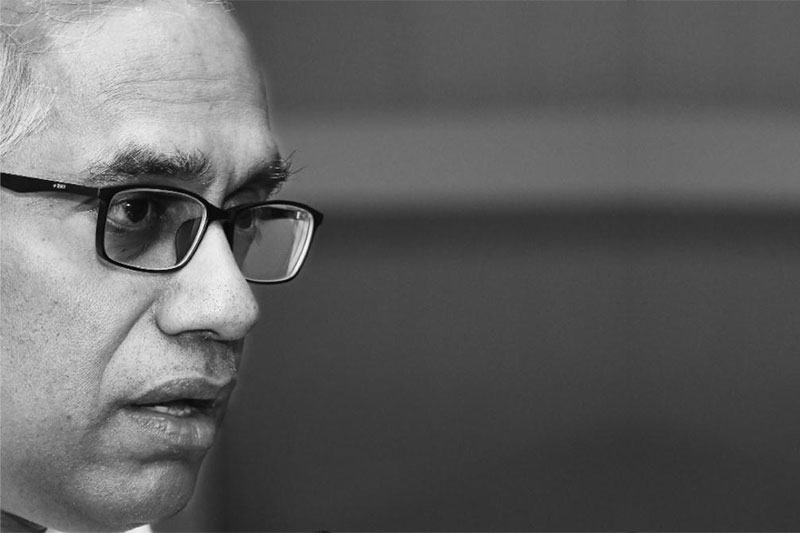 As women contribute immensely to the economy of this country, the government should share the burden of funding female employees’ maternity leave instead of passing it to
the private sector, SJB MP Eran Wickramaratne said.
The former State Minister of Finance said this while speaking in parliament yesterday (20).

Wickremaratne pointed out that women are an integral part of the Sri Lankan economy and that they provide the life line to the economy by earning much needed foreign currency.

"If one was to take the garment exports introduced with the GSP plus facilities obtained by the UNP government, the traditional tea sector and even the expatriate worker remittance, in all these sectors women are the key contributors," he noted adding that even in the spheres of education, it is our women who enjoy the golden share of it.

"With regard to the school curriculum, most of the students who passed the GCE Ordinary and Advanced Level exams are girls. The university entrants are also the same," he said.

On the other hand, women also excel in competitive examinations for recruitments to the public sector.

"Be it management assistance service, teacher service and all island services, it is women who got through these exams and entered the public sector. As a result we do  perceive a female dominance of over 50% in the public sector," he said.

He argued that amidst all these favourable situations, gender equality and domestic violence still remain as issues in the public domain.

"When the second wave of the COVID-19 pandemic was reported in Minuwangoda, we heard that the Divulapitiya police had grilled the first patient as if she was a criminal. She has queried the Police as to why they had behaved like that just because her husband was a three wheeler driver," he said.

Although the government was harping about the 'one country-one law' policy, Wickramaratne said that we always perceive it as 'one country-two laws' in society. "We have to ask ourselves whether we treat these women in the apparel sector as second grade citizens," he observed.

He noted that the UNP government in the 80s introduced the 84-day fully paid holidays as maternity benefits.

"The private sector which considers it a burden do not like to recruit females as employees. There are over 200,000 educated females without jobs between the ages of 20 and 40. So if the Government comes forward to bear the maternity benefit cost of private sector employees as well, this will help reduce the unemployment among females.  This will cost only LKR 4.2 billion. But we spend LKR 37 billion for Samurdhi. Recruitment of graduates to public service will cost more," the former State Minister said.