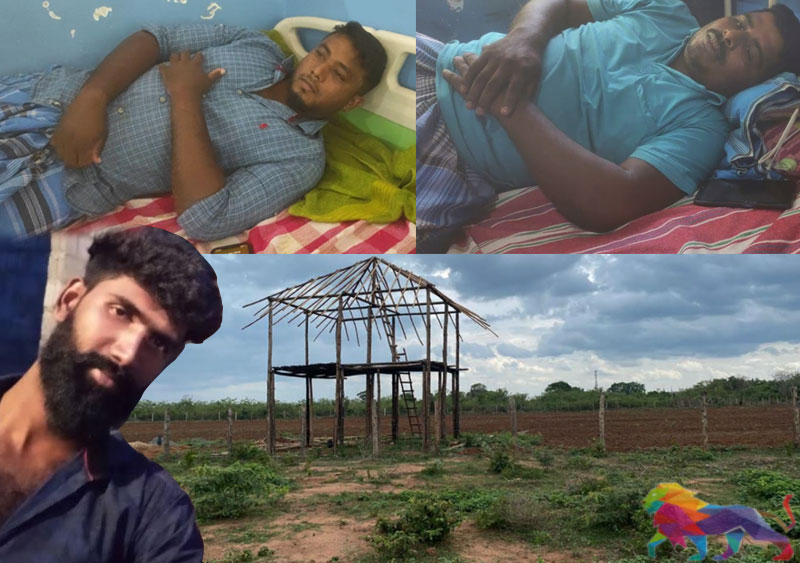 Two journalists who went in search of information on an alleged timber trafficking operation in the Murippu jungle area in the Mullaitivu district have been severely beaten by a
group of illegal loggers.

Journalists Kanapathipillai Kumanan who provides reports for the Virakesari newspaper and several other media institutions and Hiru TV correspondent Shanmugam Thavaseelan, were attacked on the evening of October 12.

Journalist Thavaseelan is reported to have broken two of his teeth while journalist Kumanan has injured his nose.

The two journalists had lodged a complaint with the Mullaitivu Police Judicial Medical Unit and were admitted to Ward five of the Mullaitivu Base Hospital for treatment.

In a statement, the Free Media Movement condemned this heinous attack with absolute contempt and noted that this isn't the first time an incident of this nature had taken place.

Earlier this month, Indunil Wijenayake, a journalist who went to cover an illegal sand mining operation near the Kumbukkan Oya bridge in Moneragala, was attacked by the illegal sand miners, they noted.

"In the context of regular reports of environmental disasters, it is a tragedy that instead of strict legal action taken against these perpetrators, that journalists who come forward to report are being subjected to severe attacks," FMM added.

The Free Media Movement urged the authorities to initiate legal action against those involved, regardless of rank, enabling journalists to pursue their profession freely without facing such tragic situations.