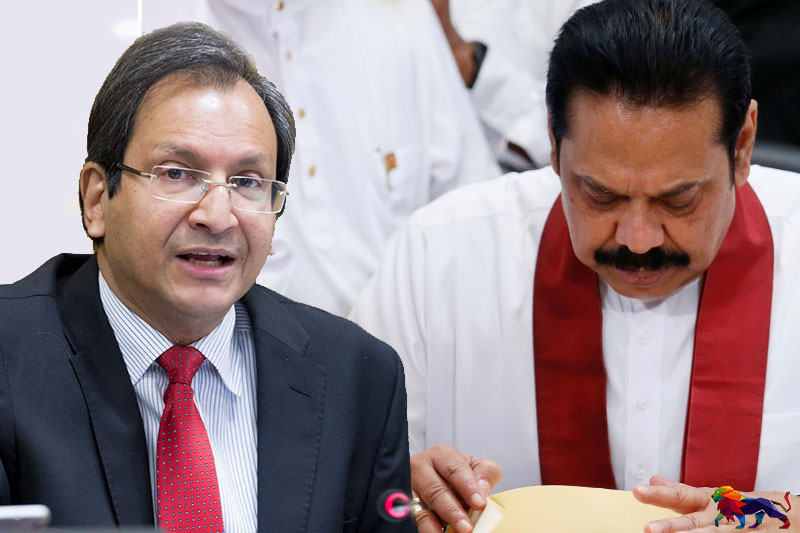 The Secretary to the Ministry of Foreign Relations, Ravinatha Aryasinha has written a confidential letter to Prime Minister Mahinda Rajapaksa urging him to resolve issues
pertaining to the MCC Compact agreement in a manner that will not offend the United States. He has also requested the Premier not to publish the annexures of the report by the Gunaruwan Committee that was appointed to review the MCC agreement.

The pro-government 'Lanka Lead News' reported that the Foreign Secretary had not obtained prior approval from the Minister of Foreign Relations before sending the letter to the Prime Minister.

The President appointed an Expert’s Committee to review the proposed MCC Compact and called for the Cabinet of Ministers to provide documented feedback on the Committee's report. It was reported that some ministers had requested more time to submit their views during the past few days.

However, it was also reported that most Ministers had handed over the responsibility of submitting the documented feedback to their respective Secretaries of the Ministries instead.

According to internal sources in the Ministry of Foreign Relations, a group of Secretaries to certain Ministries had decided to make the relevant recommendations collectively and had sought the advice of the Foreign Secretary.