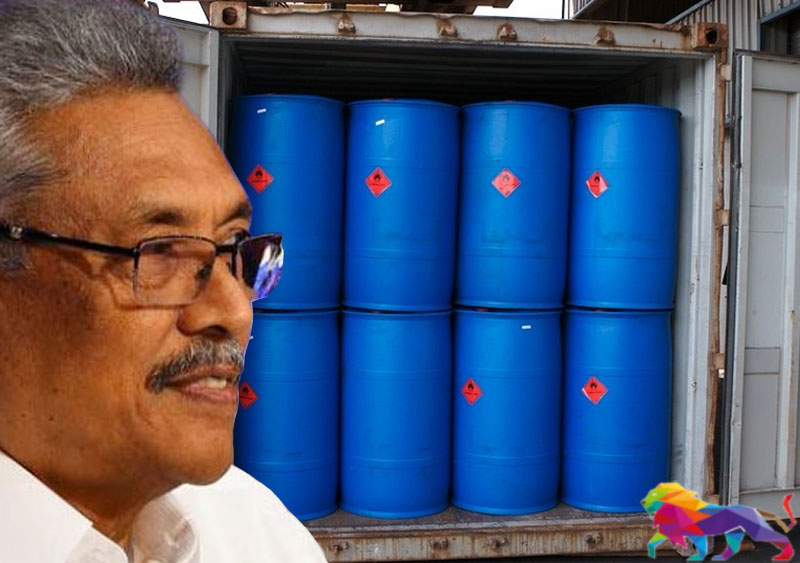 Sri Lanka Customs has ordered the release of several containers of Ethanol on a directive by the Finance Secretary.
Lanka Lead News run by the National Freedom Front led by Minister Wimal Weerawansa had accused the Secretary to the Treasury of using the name of the President to exert pressure on Customs Department to release 60 containers of ethanol.

The news report claimed that former presidential candidate and attorney-at-law Nagananda Kodituwakku had alleged that a letter was sent to a Director of Customs Department using a president's letterhead pressuring him to release 60 ethanol containers imported by businessman Harry Jayawardene.

Who gave the order?

When inquired by theleader.lk, a senior official at the Sri Lanka Customs said a letter had been sent by the Secretary of Finance S.R Atygalle to the Director of Customs on June 24. In the communique, the Secretary had asked the director to complete investigations into the ethanol containers imported by Harry Jayawardene’s Distilleries Company of Sri Lanka (DCSL) and take necessary action.

The Secretary of Finance had taken the step after DCSL had informed President Gotabaya Rajapaksa about its containers being held up with the Sri Lanka Customs. Following this, Additional Secretary to the President Indika Wijegunawardene had informed the Finance Ministry to inquire into the matter and do the needful.

Importation of Ethanol banned from January 01!

When questioned as to how ethanol was imported into the country after importations were banned effective from January 01, the senior Customs official said the containers had been imported last year.

“Based on the communique by the Secretary of Finance, we did an investigation. It was revealed that the legal licenses for the importation of the ethanol containers were issued last year in September and October. Accordingly, DCSL had imported 71 containers. Following investigations, 15 out of the 71 were released. We only did so after the Import and Export Department controller confirmed these had been legally brought into the country with a valid license. Investigations will continue and we will release the rest thereafter,” he said.

Ethanol importation ban not gazetted yet!

However, while the Sri Lanka Customs claims the importation of ethanol has been temporarily banned, it has been revealed that a gazette notification in this regard has not been issued yet and the announcement has been based merely on a communique by the Ministry of Finance.