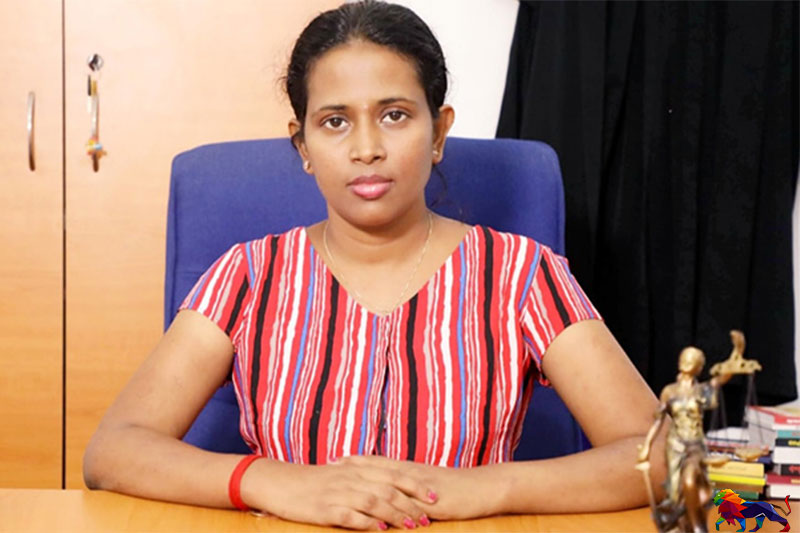 A supreme court lawyer in Sri Lanka representing victims in several cases of grave human rights violations including murder, allegedly committed by members of the security
forces, fears for her life due to police inaction.

Attorney at Law Achala Shanika Seneviratne has lodged a complaint with the Criminal Investigation Department (CID) for the second time within a year against men who had repeatedly taken to social media to threaten her with death.

She had earlier complained about issuing death threats on social media platforms using her photograph in the aftermath of Easter Sunday bombing when Sinhala extremists went on a rampage against Muslims.

However, “I regret that no case had been filed or any legal action taken about the complaint to the complaint under C 192/19CD on 30 April 2019,” said Achala Seneviratne in her fresh complaint to CID Director (Cyber Crimes).

The human rights lawyer had been the target of Sinhala extremist organisations that oppose any accountability for crimes allegedly committed by the security force members including the country’s highest-ranking naval officer, Admiral of the Fleet Wasantha Karannagoda.

She has brought to the attention of police that the threats aim to stop her from legally representing many victims in cases of mass abduction, illegal detention, torture and murder, where the accused are top security force members.

Lawyer Achala Seneviratne says that she is ready to provide details of alleged perpetrators to the CID once it launches a credible inquiry.
Source: JDS