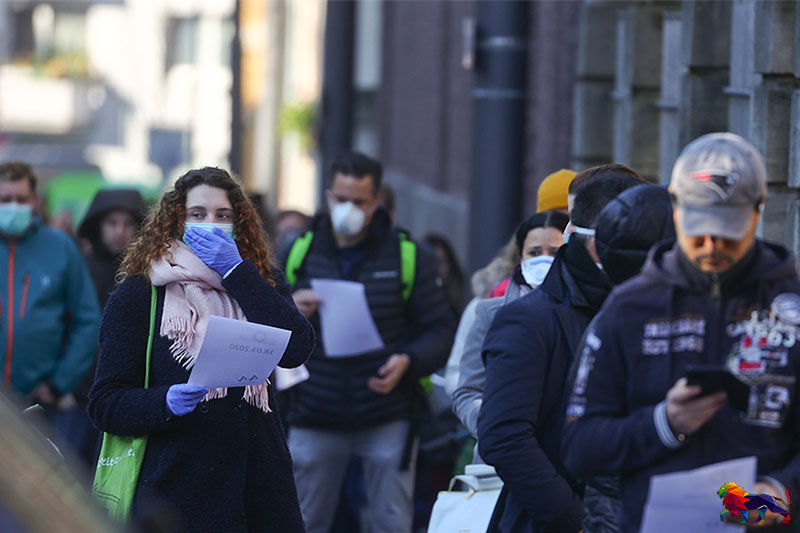 According to the Robert Koch Institute (RKI), the reproduction rate - the estimated number of people a confirmed patient infects - is now above 1.

This means the number of infections is now rising in the country.

The report came as thousands of Germans gathered on Saturday calling for a total end to the lockdown.

Chancellor Angela Merkel announced a broad relaxation of national restrictions on Wednesday after talks with the leaders of Germany's 16 states.

All shops are allowed to reopen, pupils will gradually return to class and the Bundesliga - Germany's top football league - will restart as soon as next weekend.

But there were protests across the country on Saturday, as some called for measures to be lifted even faster.

Germany has the seventh-highest number of confirmed cases in the world, with latest RKI data on Sunday showing the reported infected tally at 169,218 and a reported death toll of 7,395.

What did the report say?

The reproduction number is a way of rating a disease's ability to spread. It is not a fixed number because it changes as our behaviour changes or as immunity develops.

It is one of three important measurements for monitoring the outbreak, the others being the severity of symptoms and the number of cases.

The report from the public health agency released on Saturday said the reproduction rate was estimated at 1.1, while Sunday's update put it at 1.13. The number has been below 1 for most of the last three weeks.

Coronavirus R: Is this the crucial number? 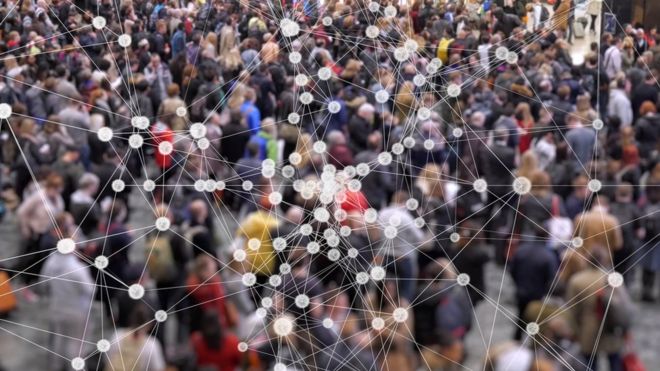 There is a simple, but crucial number at the heart of understanding the threat posed by the coronavirus. It is guiding governments around the world on the actions needed to save lives, and it gives us clues to the extent that lockdown can be lifted.

It is called the reproduction number or simply the R value.

The reproduction number is a way of rating a disease's ability to spread.

It's the number of people that one infected person will pass the virus on to, on average

Measles has one of the highest numbers in town with a reproduction number of 15 in populations without immunity. It can cause explosive outbreaks.

The new coronavirus, known officially as Sars-CoV-2, has a reproduction number of about three, but estimates vary.
Why is a number above one dangerous?

If the reproduction number is higher than one, then the number of cases increases exponentially - it snowballs like debt on an unpaid credit card.

But if the number is lower, the disease will eventually peter out as not enough new people are being infected to sustain the outbreak.

How is Germany taking the lockdown?

While some worry that the country is easing its restrictions too soon, others in Germany are protesting against the continued lockdown. 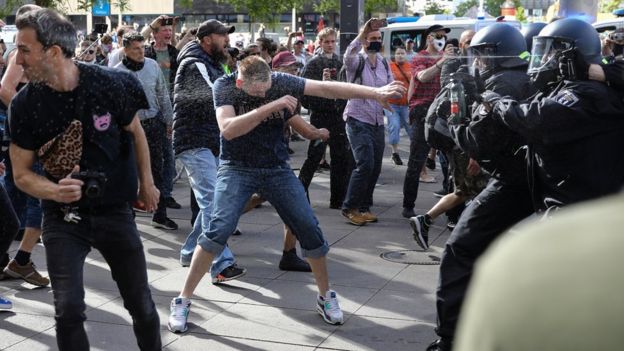 Some protests however became violent, with police using pepper spray and arresting a number of people in Berlin/Reuters.

Small numbers of people have taken to the streets in recent weeks but on Saturday this swelled to thousands of people who gathered in cities across the country - including Berlin, Frankfurt, Munich and Stuttgart.

Officers in Berlin arrested about 30 people outside the Reichstag on Saturday for not obeying social distancing measures. Authorities say some demonstrators threw bottles at the police.

Right-wing groups and conspiracy theorists also took part in some of the protests.
(Source: BBC)