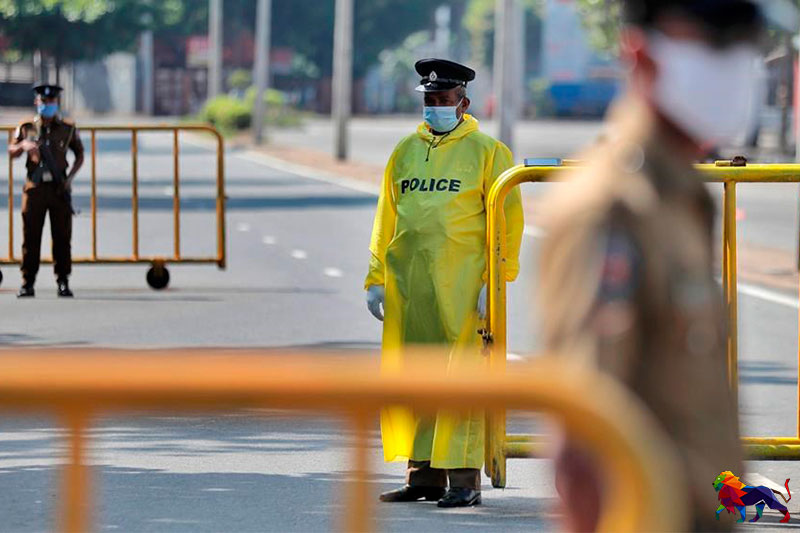 A group of police officers who worked together with the Navy to capture the drug addict in the Suduwella area in Ja-Ela have been sent to quarantine.
This was disclosed by senior DIG Deshabandu Tennakoon on Neth FM's Unlimited programme yesterday (28).

"On March 26, leave for all police officers was canceled. That was to avoid the risk of officers going on vacation to their homes with the virus. We had only allowed one officer to inspect the public. He was in yellow coloured protective gear. Furthermore, we have provided protective suits, face masks and hand sanitizers to officers at police check points," senior DIG Tennakoon said.

Ja-Ela drug addict responsible for putting the country in jeopardy

Meanwhile, senior DIG Ajith Rohana said that it was the drug addict from Ja-Ela who had contracted the coronavirus that had placed the entire country in jeopardy.

“This patient was found on April 5th. The villagers had arrested him that night in the Delathura area of the Pamunugama police division. He's a drug addict. He was apprehended early in the morning during a robbery. He was taken to the Pamunugama police station. As he showed some symptoms, he was admitted to the Ragama Hospital. It was revealed then that he was positive with Covid-19."

In this case, the people in charge of this person including his relatives and friends didn't take note of his symptoms. As he was also under the influence of drugs, he may not have noticed it himself. But the end result was similar to that of 'patient 31' from South Korea. She was a 61 year old woman that had attended worship services of her church despite showing symptoms. Around 9000 attended the service out of which 3000 had contracted the virus.
"Like patient 31 from South Korea, patient 206 had placed our entire country in jeopardy. That is why the number of people that have contracted the coronavirus spiked," he added.