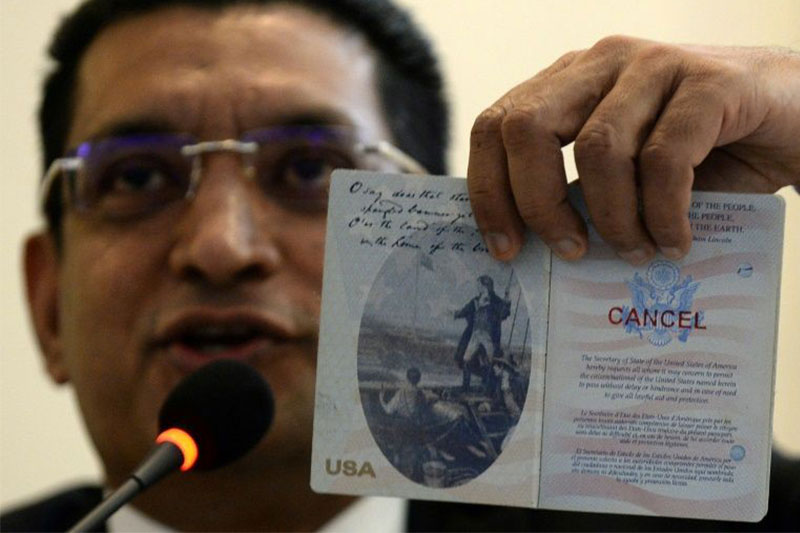 yesterday night (11) claiming it was the affidavit presented by Rajapaksa to the Election Commission when handing nominations. The document uploaded by Sabry did not have the signature of Rajapaksa.

The problem arose when social media users noticed that an Attorney had certified it was signed before him, despite the affidavit lacking either a stamp or the signature of Rajapaksa as required.

An affidavit is a powerful legal document and according to correct legal procedure a Justice of the Peace or another officer with similar powers must read the document out to the individual, explain what it entails and is accepted by the individual as correct and signed over a stamp. The officer then confirms it was read and signed before him by placing his signature on the document.

If an affidavit has not follows these procedures, such as an officer signing when the client has not signed over a stamp claiming it was signed and read before him, this would fall under the category of a fraudulent  document. 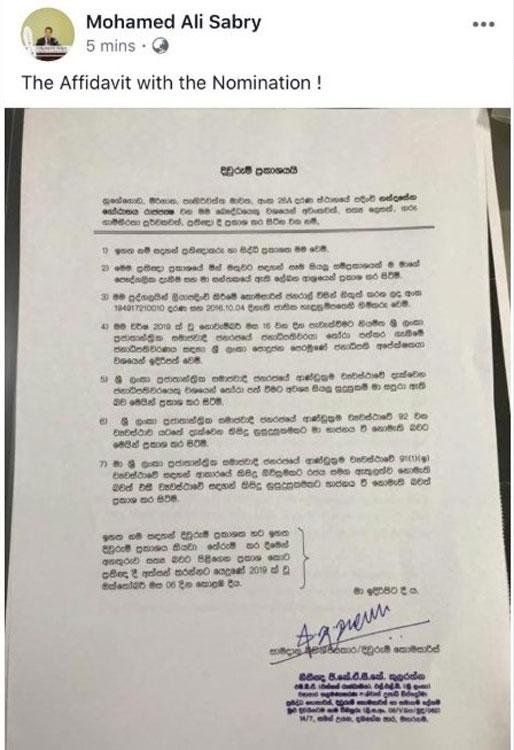 Where was it signed and when?

After posting the fraudulent document online, realising his mistake, Sabry removed the post and went on to upload an affidavit with Gotabaya Rajapaksa’s signature. But only they know when and where this was signed.

While it has given rise to a number of legal issues, it also brings into doubt the authenticity of  documents presented on behalf of Gotabaya Rajapaksa.

Therefore, the public is now having serious doubts about the documents presented on social media to claim that he has denounced his dual citizenship and US citizenship. 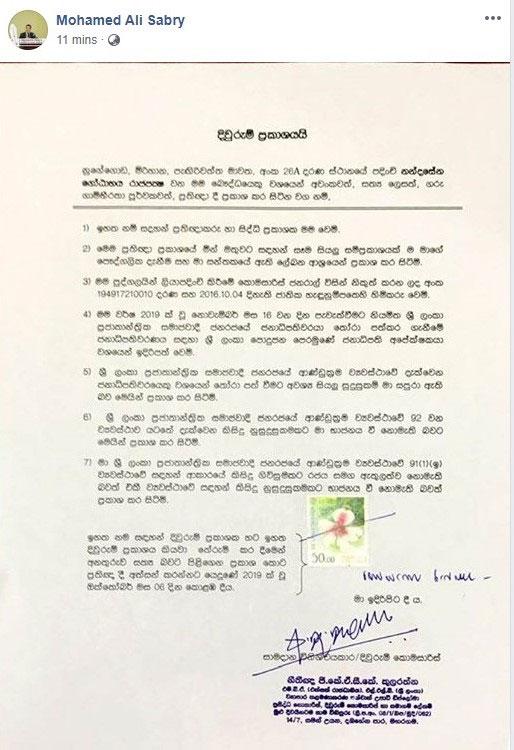 Gotabaya Rajapaksa is contesting in the upcoming election claiming he will ensure a law abiding country. However, he and his legal advisors are already acting contrary to the law of the land which has been proven before the people of this country.

It is clear that leading to the final 48 hours of the presidential election, President's Counsel Ali Sabry has put Gotabaya Rajapaksa in serious trouble through his actions.