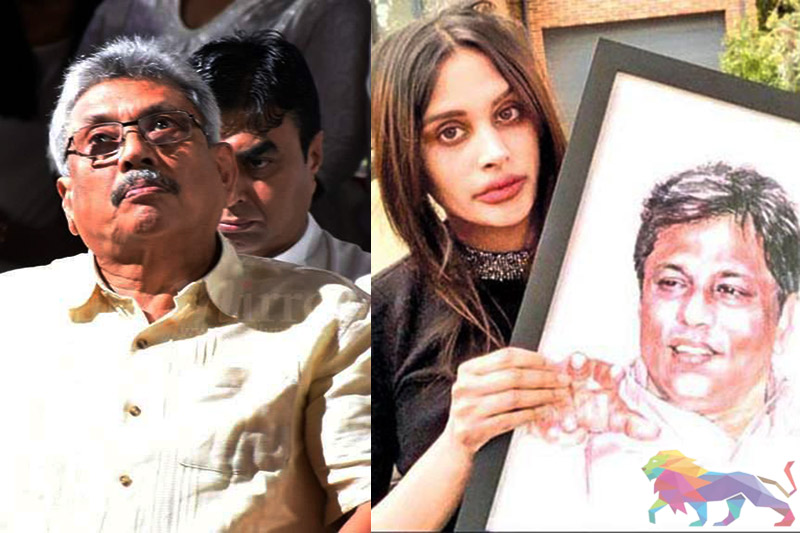 Issuing a statement Ahimsa has said that many people say this election is a simple choice between democracy and dictatorship.

“What I see is more personal. I see a young child who grew up in the shadow of an invincible, incredible and beloved father. I see someone whose life was turned upside down the moment their father was murdered in a despicable and cowardly act of terrorism. I see someone who faced the terrifying challenge of trying to inch forward their father’s mission. In so telling the story of how candidate Sajith Premadasa came to be, I cannot escape the feeling that his journey, his anguish and his struggles have closely mirrored my own,” she has noted.

Ahimsa has said the events that shaped Sajith Premadasa into who he is today resonate strongly with her because the same experiences and challenges made her who she is.

“At this election, one choice is a man forged in the same fires that moulded my own soul. The alternative is the coward who celebrated my father’s murder on television. Even Prabhakharan did not boast about his senseless slaughter of President Premadasa. But Gotabaya Rajapaksa could not hide his glee when a death squash killed my father. When evidence emerged linking the military to this attack, he did not promise to investigate or protect other journalists. He vowed to shield the perpetrators from justice. Only cowards meet words with bloodshed,” she has stated.

According to Ahimsa, Gotabaya Rajapaksa, in the face of countless criminal charges, has never proved his innocence and instead has always wriggled out through delays and technicalities.

She has added that she is terrified that if Gotabaya Rajapaksa becomes President, many brave police officers, prosecutors, witnesses, judges and journalists who have crossed his path in the line of duty will find themselves on the firing line.