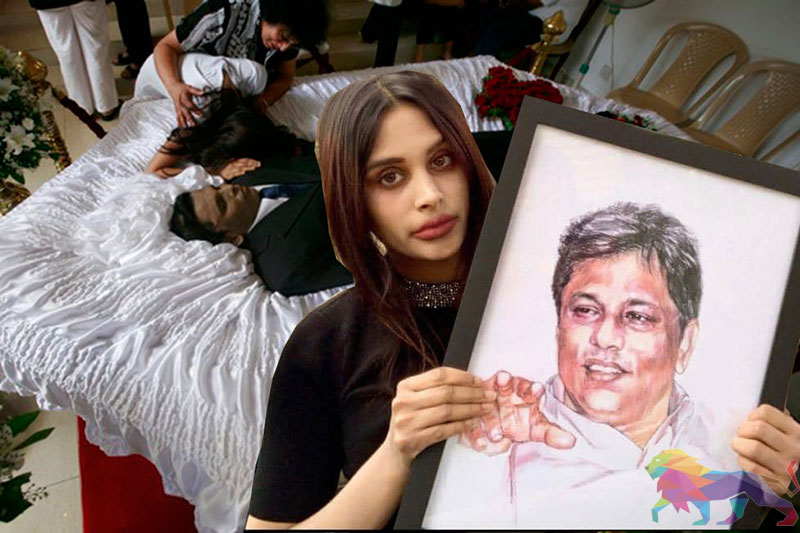 Ahimsa Wickramatunga, daughter of slain journalist Lasantha Wickrematunge has said she will challenge the decision of the

US court to dismiss her case against former Defence Secretary Gotabaya Rajapaksa.

On July 15th Ahimsa filed a case against Rajapaksa alleging him of the extrajudicial killing of her father late Editor-in-Chief of The Sunday Leader newspaper, crimes against humanity and torture.

The United States District Court yesterday (22) dismissed the case on grounds that the defendant is entitled to common law foreign official immunity.

The Plaintiff Ahimsa Wickrematunge following the court decision has said, “This is a disappointing setback in my family’s long fight for justice on behalf of my father, as well as for the movement to end impunity for the killing of journalists in Sri Lanka.”

“My father was a civilian driving to his office when he was brutally assassinated on the street. Killing a journalist because of their reporting should never be seen as an official state act and my lawyers and I will continue to fight to ensure perpetrators of these abuses do not escape justice.” she has said.

Meanwhile, Ahimsa’s counsel Natalie L. Reid of Debevoise & Plimpton LLP has said, “An end to impunity is precisely what the Torture Victim Protection Act was designed to provide in cases like this. There is no immunity when government officials act outside their authority to torture and murder journalists. Defendant Rajapaksa, a U.S. citizen, can and must be held accountable in U.S. courts.”

The California District Court has said it lacks jurisdiction to maintain the case filed against former defence secretary Gotabaya Rajapaksa, on the basis that he is immune from the law suit under the doctrine of ‘common law foreign immunity’, which includes the acts performed in his official capacity as Sri Lanka's Defence Secretary.

The Court had considered the fact that the, “Plaintiff does not dispute that Defendant acted in his official capacity on behalf of the Sri Lankan Government. In fact, because the Plaintiff does not allege that the Defendant took any direct action against Lasantha, her allegations of Rajapaksa’s involvement are reliant upon Defendant’s role as Secretary of Defence.”

No longer a US citizen, will claim diplomatic immunity - Gota