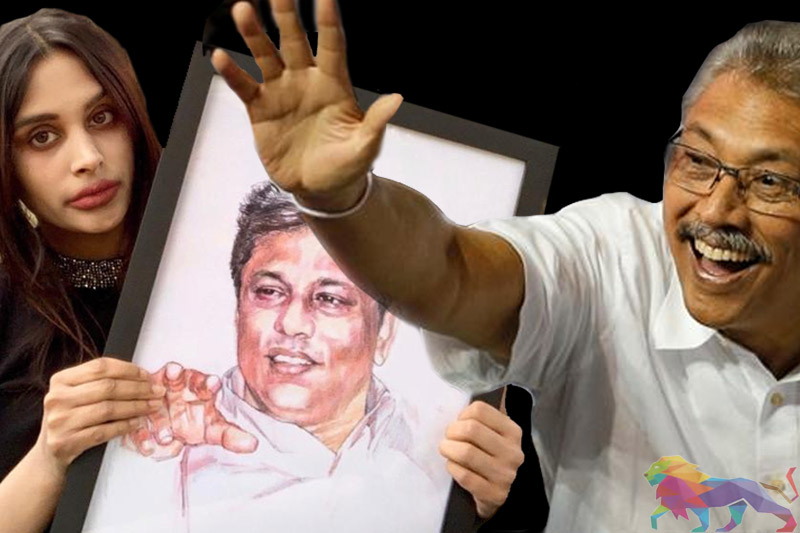 Gotabaya Rajapaksa to halt the case filed against him in California on the alleged extrajudicial killing of The Sunday Leader founding editor-in-chief Lasantha Wickrematunge has faced a stumbling block with the attorneys for Lasantha’s daughter, Ahimsa Wickrematunge filing papers opposing the stay order requested by Rajapaksa’s attorneys.

Rajapaksa last week requested the US District Court for the Central District of California – where the civil lawsuit was filed – to stay the case until the conclusion of the presidential election in Sri Lanka in which he hopes to be a candidate.

In a motion filed in court last Monday (August 26), Rajapaksa’s lawyers had claimed that; “In the intensity of an election campaign, every action by the court or parties in the case will be disseminated, amplified and potentially distorted in ways that are beyond this court’s control. The court could find itself a major factor in a foreign election, potentially even influencing its outcome.”

The Rajapaksa’s lawyers had informed the court that their client was likely to win the election and that if he won, the case would have to be dismissed because he would be immune to prosecution as a foreign head of state. The former Defence Secretary has noted that having to fight the case would distract him from the campaign “on which he would spend virtually every waking hour.”

Responding to the request, Ahimsa’s lawyers had claimed that Rajapaksa “would suffer no harm unless several contingencies were resolved in his favour – including but not limited to becoming an official presidential nominee; surviving potential challenges based on his US citizenship, other constitutional challenges and investigations of complaints lodged with the Elections Commission currently pending in Sri Lanka.”

“In contrast,” the filing continued, the harm to Ahimsa Wickrematunge “was rooted in her well-founded interest in timely justice and accountability for the savage torture and murder of her father, and her continued exposure to ongoing and future harm by bringing a case against a powerful public figure in Sri Lanka known for the brutality of his tactics against perceived enemies.”

She had noted that Rajapaksa’s proposal that he may soon enjoy immunity from prosecution was “wholly speculative, not least because it depended on whether he was in fact elected as Sri Lanka’s President, itself subject to many contingencies – including becoming an official nominee, overcoming potential challenges to his candidacy based on his US citizenship and other constitutional challenges as well as investigations of complaints lodged against him with the Elections Commission currently pending in Sri Lanka, actually winning the election,” and thereafter getting a suggestion of immunity from the US Government.

Ahimsa had referred to an interview in April in which Rajapaksa had declared his candidacy stating “in the wake of the Easter bombings,” and dismissed the California case as only “a little distraction.”

“As recently as September 1, Rajapaksa’s spokesperson again rejected any suggestion that this case could interfere with the campaign, insisting ‘it was never mentioned that this case was a disadvantage to the election campaign.’

She said stopping the case “would create a ‘fair possibility of harm’ to the public interest and free and independent press, which Mr. Wickrematunge’s litigation seeks to protect and which is the object of Mr. Rajapaksa’s wider conspiracy and attack.”

“At this time, Mr. Rajapaksa is already facing pending criminal charges” in Sri Lanka, Ahimsa’s filing had stated. “Sri Lanka has not stayed the proceedings against Mr. Rajapaksa simply because he has announced his candidacy in the presidential election.”

Lasantha’s daughter had also warned that a stay order would delay the court ruling on her request for “an injunction prohibiting Mr. Rajapaksa from interfering with any criminal investigation involving the late Lasantha Wickrematunge.”

Lasantha's daughter hits out at RW: Exposes his duplicitous acts