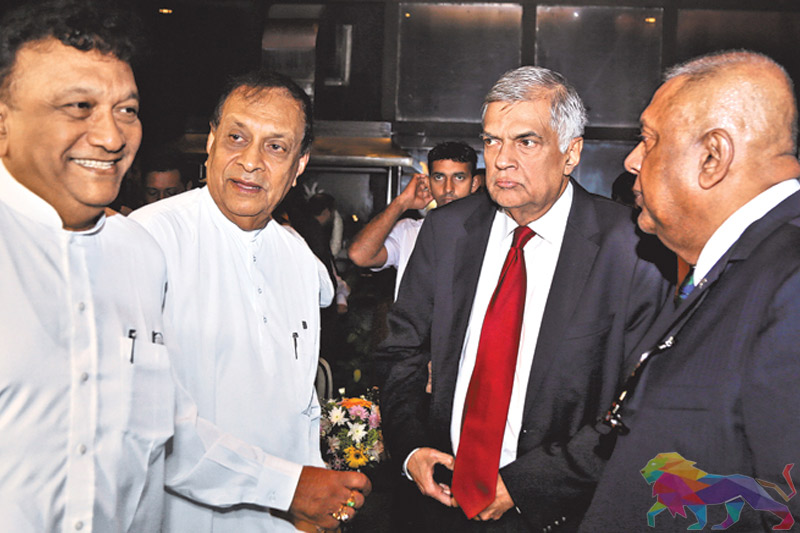 Prime Minister and Leader of the United National Party (UNP), Ranil Wickremesinghe has decided to summon the party's Working Committee in order to name the UNP Presidential candidate in the coming days, sources from the Prime Minister's Office said.
"He has decided to do it in a manner that will not split the party," the sources added.

Meanwhile, Minister of Power and Energy, Ravi Karunananayke says there is no split within the party and the UNP would name its candidate with the unanimous agreement of all its members.

The Minister made these comments to media while attending the inauguration of the 53rd Annual Perahara of the Kotahena Paramananda Vihara on Friday (14).

Meanwhile, meeting a group of civil society members yesterday (15), Prime Minister Ranil Wickremesinghe had said that he informed any UNP member wishing to be named as the presidential candidate to present an action plan which would also attract a wider coalition and a decision would be made by the Working Committee while taking all this into consideration.

He had also noted that it might be difficult to win only with the UNP voter base and therefore it would be important to garner the support of other political powers.

While civil society groups had been concerned on who could be presented as the candidate of the Democratic National Front (DNF) led by the UNP, it had been discussed how to abolish the Executive Presidency as promised in the 2015 election and to reach a political solution to the ethnic problem.

Expressing his views, senior lecturer Ven. Dambara Amila Thera had said that a candidate who can win should be fielded and that the coalition, as well as the election campaign, should be led by PM Wickremesinghe. The Ven. Thera reiterated that Wickremesinghe's leadership is essential for a future government.

Meanwhile, the BBC Sinhala Service reported that the Prime Minister had informed Sajith Premadasa that he must win the support of the other parties supporting the UNP during the meeting held between the duo on the 10th at the Temple Trees.

It had been agreed upon to conduct discussions to arrive at a consensus. The meeting with the party leaders of the UNF and Premadasa was held on Saturday (14), according to these stipulations presented to him. Addressing the media after the meeting, Premadasa said the talks were highly successful.

Following this, a meeting had been held between Mangala Samaraweera, Malik Samarawickrama on behalf of Premadasa along with TNA Leader R. Sampanthan and other TNA members at the latter's residence. Minister Rajitha Senaratne had also attended the meeting on behalf of the Prime Minister.

The TNA Leader had noted how the politicians of the South have fooled the people of the North and said they would announce their position after the UNP announces their candidate.

However, the party leaders of the UNF have decided to inform the PM of their decision following the cabinet meeting tomorrow (17).

Announcement of UNP's candidate within 10 days!

Meanwhile, Minister Lakshman Kiriella says the candidate of the new alliance led by the UNP will be announced within 10 days. According to him, the divisions within the party have since ended.

The Minister made these statements to media personnel in Kandy.

He also added that the discussions between the UNP Leader and UNF party leaders were successful. However, the Working Committee will eventually choose the candidate of the party, Kiriella said.