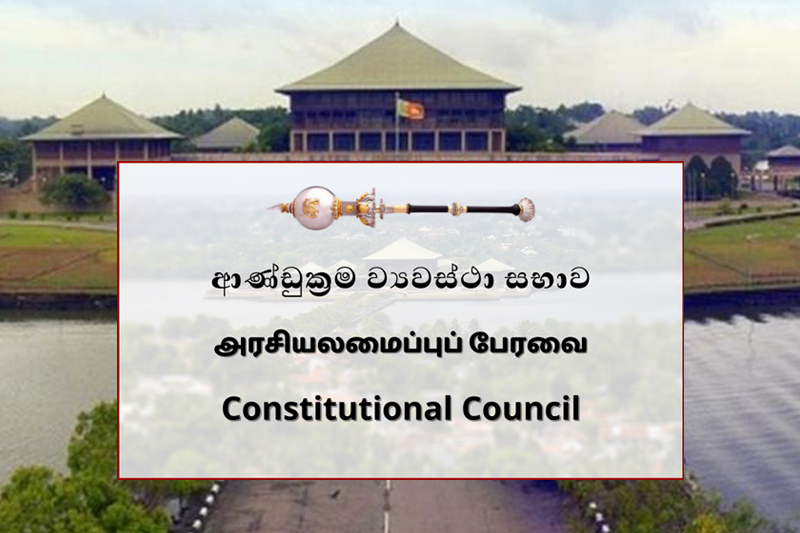 A meeting of the Constitutional Council will be held next Wednesday (25) at 9.30 am, Chief of Staff and Deputy General Secretary of the Parliament Kushani Rohanadeera said.

Meanwhile, President Ranil Wickremesinghe appointed the non-members of Parliament as members of the Constitutional Council based on the nominations submitted by the Speaker with the agreement of the Speaker, the Prime Minister and the Leader of the Opposition in Parliament.

Accordingly, Dr. Pratap Ramanujam, Dr. (Mrs) Dilkushi Anula Wijesundere, and Dr. (Mrs) Weligama Vidana Arachchige Dinesha Samararatne have been appointed.
Dr. Ramanujam has served as a Member of the Public Service Commission and has served as the Secretary to several Ministries for over a decade.

Dr. Wijesundere is a doctor by profession and Dr. Samararatne is a law academic and works as a Senior Lecturer of the University of Colombo.