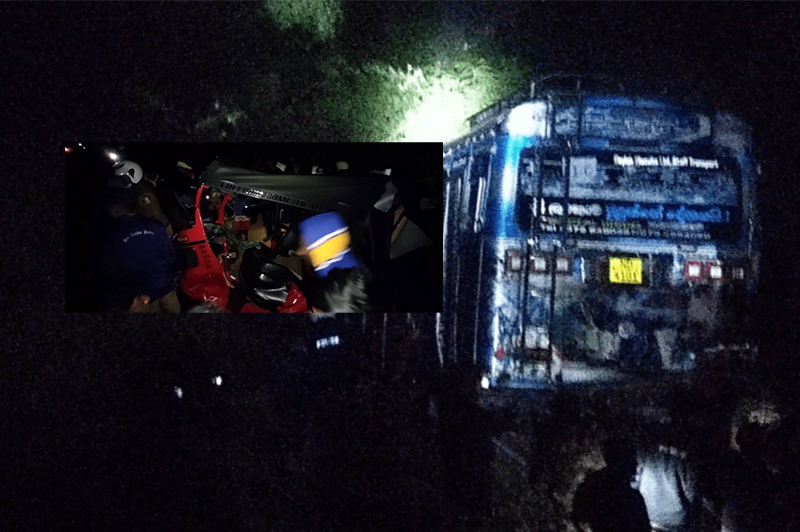 At least seven people were killed and more than 50 others injured after a bus carrying schoolchildren crashed into a van and a three-wheeler in Nuwara Eliya last night (20), police said.

The bus had been taking 44 grade 11 students of Thurston College, Colombo on their annual education tour, and 41 of them received non-life threatening injuries, said its principal.

The incident occurred at an incline on the road between Nanu Oya and Radella.

The dead were the six occupants of the van, including a 13-year-old boy and two girls aged eight and 12, and the three-wheeler driver.

They were residents of Hatton and Nanu Oya.

The Nuwara Eliya Hospital is treating the injured, one of them in the ICU.

President Ranil Wickremesinghe has ordered the Air Force to airlift any of the schoolchildren to Colombo if further treatment is required.