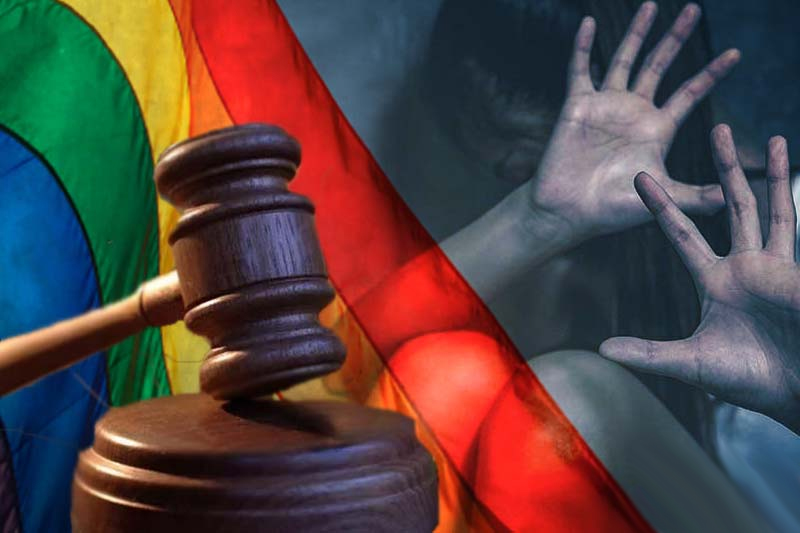 A young 23 year old woman has filed a historic Fundamental Rights (FR) petition against the Sri Lanka Police for discrimination based on sexual orientation.

In the petition, the woman cites several incidents of violations of her fundamental rights by the Welisara Mahabage Police, on the basis of her sexual orientation.

Other respondents to the case include the Minister of Public Security, the Inspector General of Police and the Attorney General.

This is the first case of its kind in Sri Lanka's Supreme Court. The petitioner is represented by Attorneys Thishya Weragoda, Pulasthi Rupasinha and Stefania Perera.

Locked up and abused at home for weeks

The adult and working woman highlights her weeks of forced confinement at home and abuse by her parents after she revealed her sexual orientation to them.

When a complaint was filed with the Welisara Mahabage Police, against her forced confinement and ongoing abuse, the petitioner cites the Police had conducted an inquiry into the woman's sexual orientation instead and confiscated her phone and laptop to "find evidence of her homosexuality".

The Mahabage Police later forced the petitioner to meet with a psychiatrist (an appointment personally made by the OIC) and attempted to send her to a Judicial Medical Officer ("JMO") for a physical examination.

In this petition, the petitioner highlights police attempts to subject her to a similar examination, including after filing a case against the petitioner at the Welisara Magistrate Court, because she was a lesbian. The Welisara Court dismissed the police case, agreeing with the defence counsel's submissions that homosexuality was neither a crime nor a mental illness.

Discrimination against LGBT community is unconstitutional

Since 2014, Sri Lanka's Attorney General has re-iterated that discrimination against LGBT+ persons is unconstitutional and that no law can be applied in a manner that discriminates against the LGBT+ community.

However, despite the AG's constant repetition at UN forums, no steps have been taken in Sri Lanka by the AG to address horrific violations against LGBT+ Sri Lankans.

Police often attempt to prosecute LGBT+ people by using sections 365 and 365A of the Penal Code. The offences criminalise “carnal intercourse against the order of nature” and “gross indecency between any persons”. Neither offences mention the word “homosexuality” but they have historically been used to prosecute LGBT+ persons.

Recently, Courts have used their powers of interpretation and held that consensual same sex relationships are neither unnatural nor grossly indecent. Rights activists have long held that reinterpretation or reading down the provisions by the Supreme Court will go a long way in ending gross abuses against the LGBT+ community.

Last year SLPP MP, Premnath Dolawatte, submitted a private members bill to amend sections 365 and 365A of the Penal Code. Parliament is yet to debate the Bill.

The petitioner has asked for several reliefs from the Supreme Court, including that several of her Fundamental Rights, including the Right to Equality, Freedom of Thought and Conscience, Freedom from Cruel and Degrading Treatment and Freedom of Lawful Occupation, have all been denied by the State.

The petitioner is also pleading with the Supreme Court for an order for Sri Lanka Police to issue directions to other police officers not to arrest or detain individuals or subject them to forced medical evaluations purely because of their sexual orientation.