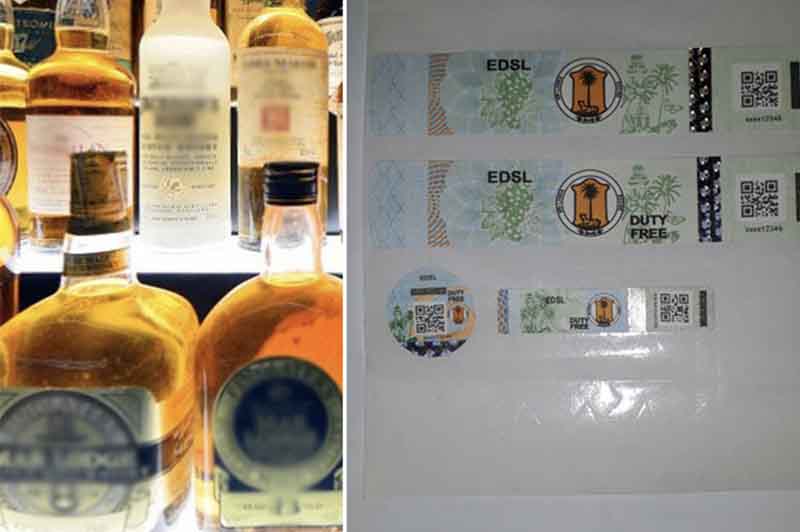 State minister of finance Ranjith Siyambalapitiya has ordered the Excise Department to investigate the liquor bottles with fake stickers that were found from several areas yesterday (16).

A forensic report into these liquor bottles is expected tomorrow, Siyambalapitiya told journalists in Ruwanwella.

The introduction of a sticker to ensure quality of the liquor and to certify the payment of excise taxes has resulted in an increased revenue for the Department and made the identification of illicit liquor easier, he said.

The Department on raids countrywide to find liquor bottles with fake stickers, has seized a large number of such bottles from Thambuttegama, Thalawa, Nelubewa and Kahatagasdigiliya.

Also under investigation is a possible involvement in this scam of the company tasked with printing the sticker, finance ministry sources said.

Watch video below for an exposure by SL Deshaya with regard to the sticker on liquor bottles.