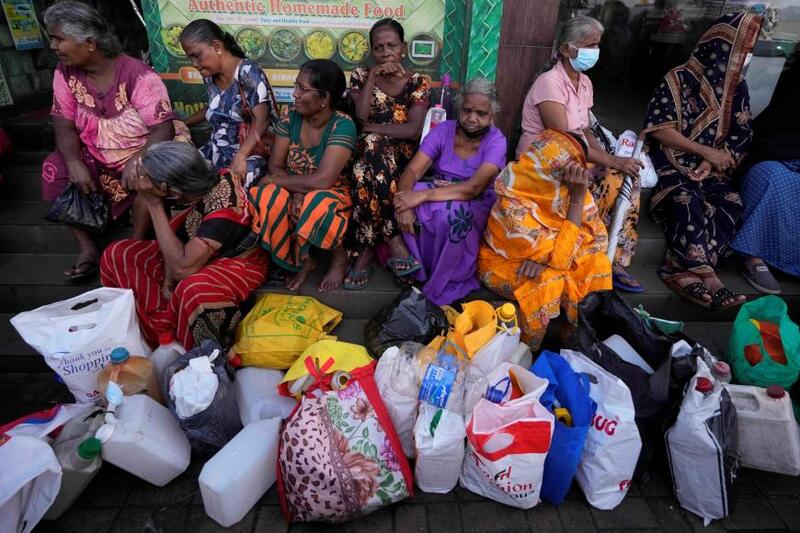 (The Guardian) - Some of the world’s most powerful hedge funds and other investors are holding up vital help for crisis-hit Sri Lanka by their hardline stance in debt-relief negotiations after the Asian country’s $51bn (£42bn) default last year, according to 182 economists and development experts from around the world.

In a statement released to the Guardian on Sunday, the group said extensive debt cancellation was needed to give the economy a chance of recovery and that Sri Lanka would be a test case of the willingness of the international community to tackle a looming global debt crisis.

The group – including the Indian economist Jayati Ghosh, Thomas Piketty, the author of the bestselling book Capital, and Greece’s former finance minister Yannis Varoufakis – said private sector creditors such as investment companies and hedge funds were preventing a deal.

“Debt negotiations in Sri Lanka are now at a crucial stage,” the statement says. “All lenders – bilateral, multilateral, and private – must share the burden of restructuring, with assurance of additional financing in the near term.”

Private creditors own almost 40% of Sri Lanka’s external debt stock, mostly in the form of international sovereign bonds, although the higher interest rates levied on the bonds mean they receive more than 50% of external debt payments.

“Such lenders charged a premium to lend to Sri Lanka to cover their risks, which accrued them massive profits and contributed to Sri Lanka’s first ever default in April 2022. Lenders who benefited from higher returns because of the ‘risk premium’ must be willing to take the consequences of that risk.”

Negotiations have been under way since an economic crisis forced the Sri Lankan government to default for the first time in the country’s history last spring.

A loan from the International Monetary Fund will only be provided once the Washington-based organisation is confident Sri Lanka’s debts are sustainable, but the 182 economists fear the tough stance adopted by private creditors will result in a poor deal for Colombo.

The campaign group Debt Justice said Sri Lanka was one of several countries which had defaulted on, or were seeking debt restructuring, since the Covid pandemic began.

“With global interest rates increasing and widespread recessions expected in 2023, many more countries could follow,” Debt Justice said, noting that two-thirds of lower-income countries were vulnerable to a debt default.

The statement by the 182 economists and development experts said: “The Sri Lankan case will provide an important indicator of whether the world – and the international financial system in particular – is equipped to deal with the increasingly urgent questions of sovereign debt relief and sustainability; and to ensure a modicum of justice in international debt negotiations.

“It is therefore crucial not only for the people of Sri Lanka, but to restore any faith in a multilateral system that is already under fire for its lack of legitimacy and basic viability.”