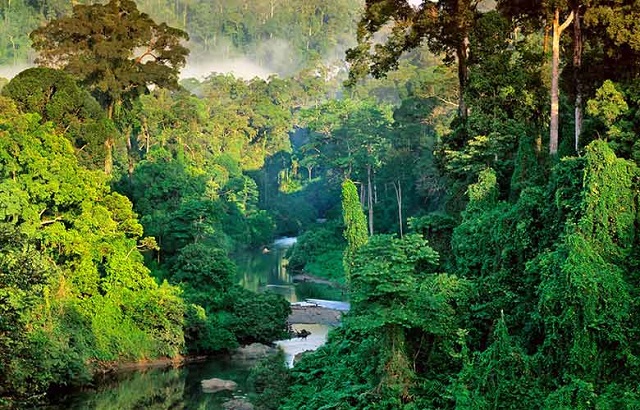 The Conservator General of Forests K.M.A Bandara, in response to a query made on the instructions of President’s Secretary Saman Ekanayake, has stated that media reports implying that Sri Lanka’s forest cover has decreased to 16% are false, the President's Media Division (PMD) said.

He also said that the method used to assess the forests should have been described in the presentation of data on forests. Basic points such as the definition of forests, the method of estimating forest size, and the estimation of forest size should have been mentioned in the report. However, there is no source from which the relevant data was obtained in the media reports suggesting that the forest cover had decreased.

The Conservator General further stated that if there is widespread forest destruction, as reported in the media, it should have been observed by the Department of Forest, the Department of Wildlife Conservation, the Sri Lanka Police, and the Sri Lanka Air Force, which monitors forests from the air. However, such extensive forest destruction has not been reported to any of these institutions.

He also stated that the Forest Department is updating forest maps and that no such forest destruction was observed during those activities. 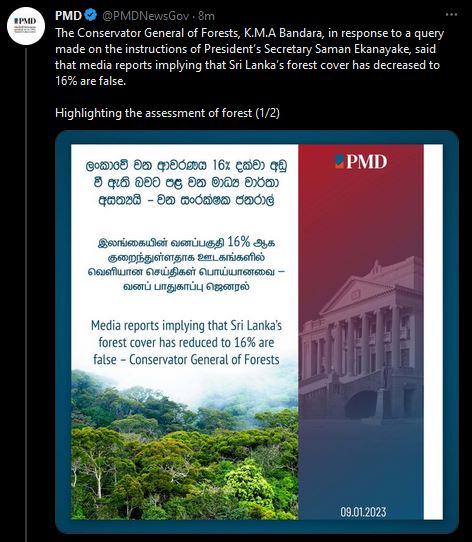