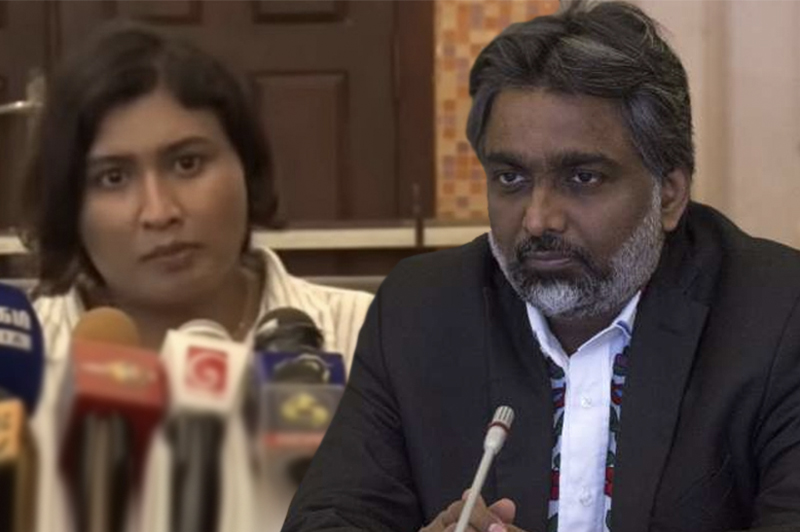 Adarsha Karadana, who was recently in the spotlight after releasing a controversial video of her estranged partner Ashu Marasinghe, has filed a petition with the Colombo Magistrate’s Court.

In her petition, filed through her lawyer, Karadana requested the court to release her on anticipatory bail as the Criminal Investigation Department (CID) is preparing to arrest her.

Taking the petition into consideration yesterday (03), Colombo Chief Magistrate Prasanna de Alwis issued notices to the CID director and the OIC of cyber crimes investigation unit of the CID, ordering the two respondents to show cause on January 10.

On 24 December, Marasinghe filed a complaint with the Criminal Investigation Department (CID) against Karadana, accusing her of doctoring the video in question, which was widely circulated on social media.

Accordingly, the CID is now preparing to take her into custody in connection with the complaint filed by Marasinghe, Karadana said further in her petition.

On December 30, the former Presidential Advisor on Parliamentary Affairs vehemently refuted the allegations, demanding Rs. 1.5 billion in compensation from both Karadana and Premachandra for defaming him.

Accordingly, notices were issued to both Premachandra and Karadana, demanding Rs. 500 million from the former, and Rs. 1 billion from the latter, over recent claims made by the duo at the aforementioned press conference.