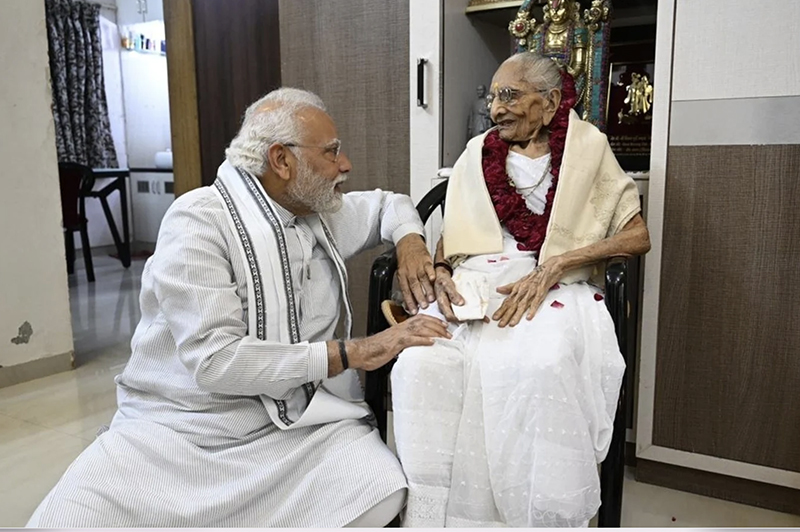 She had been admitted to hospital in the western state of Gujarat, where she lived, after her health deteriorated.

"A glorious century rests at the feet of God," Mr Modi tweeted. He is in Gujarat and was seen sitting in an ambulance transporting Heeraben's body.

The Indian prime minister often visited his mother to seek her blessings on important occasions and festivals.

Her life and sacrifices had "shaped" his mind, personality and self-confidence, Mr Modi wrote on 18 June when Heeraben turned 99.

"My Mother is as simple as she is extraordinary. Just like all mothers," he wrote.

They were last seen together in public on 4 December when Mr Modi visited her house during the assembly election in Gujarat, his home state.

Heeraben lived with Mr Modi's younger brother and his family.