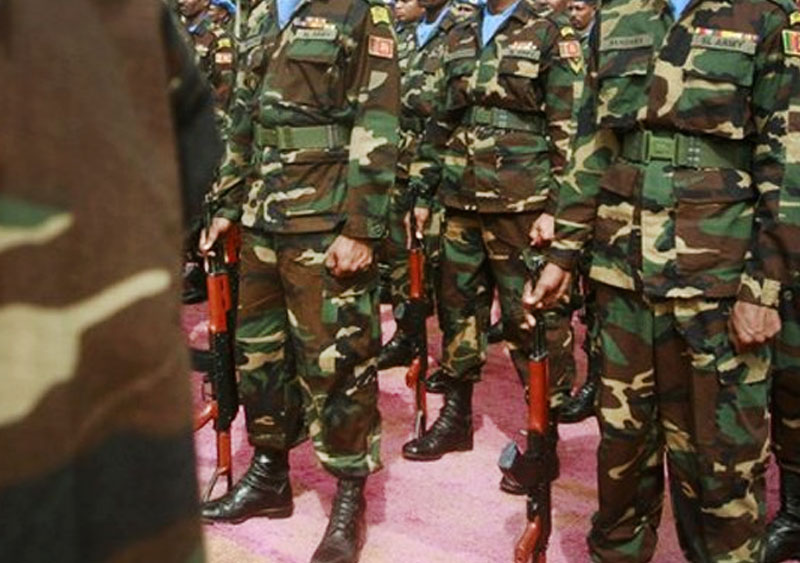 (PTI) - Around 20,000 Sri Lankan defence personnel who deserted the country’s forces have been officially delisted from their services as part of a general amnesty, the island nation’s defence ministry said on Wednesday.

The amnesty granted for the military deserters, who were absent from their respective duties for a very long time, is in force from November 15 to December 31, 2022.

“Over 19,000 of them have been delisted as of Tuesday,” Colonel Nalin Herath, who is the official spokesman of the defence ministry, told PTI.

He said they had all been legally delisted having formally performed the handing over procedures.

Col. Herath said 17,322 from the Army, 1,145 from the Navy, and 1,038 from the Air Force were among the delisted so far. They have been absent without leave from the three services.

Sri Lanka’s over 200,000 military strength is being seen as excessive with defence expenditure rising at each year’s budget allocations.

The move comes as Sri Lanka is trying hard to overcome its worst-hit economic crisis that even saw the foreign exchange of the island nation getting dried up.

In the country's recently approved 2023 budget, LKR 539 billion was allocated for defence and public security ministries over and above LKR 322 billion for health and LKR 232 billion for education.

With the end of the military conflict with the Liberation Tigers of Tamil Eelam (LTTE) in May 2009 in the northern and eastern provinces, the military has been engaged in other activities such as urban planning and construction fields.

A soldier has to serve for 22 years to earn pension rights. They could quit after 12 years while foregoing their pension.