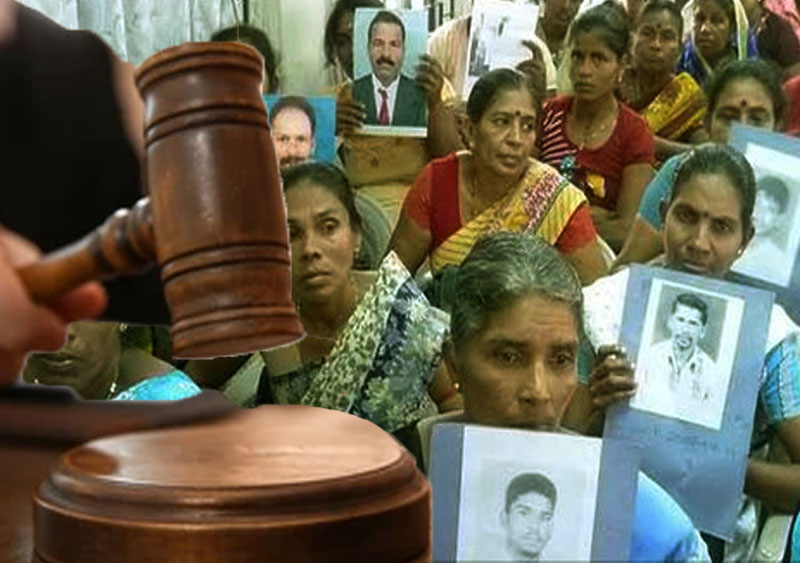 The Vavuniya high court has ordered the Army to produce an LTTE member who had surrendered at the end of the war, in court by next year.

The court on December 16 took up habeas corpus petitions filed by the wife of one of the missing, Selliah Vishwanathan, said lawyer K.S. Ratnavel.

The lawyer described the order as a landmark instance in the country’s judicial system.

Previously at the Mullaitivu magistrate's court, the Army said it had a list of the surrendees, but failed to submit any document.

The Vavuniya high court accepted the petitioner's allegation that those who had surrendered were in the Army’s custody.

They should be produced before the court by March 2023 or reasons relating to their enforced disappearances must be explained, said the court.