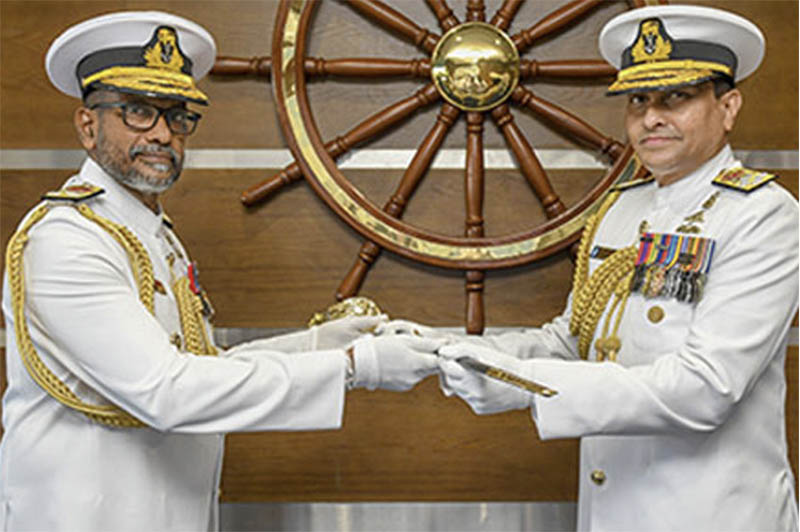 His predecessor Admiral Nishantha Ulugetenne presented him the commander's sword and officially handed over the duties of the command at the Navy Headquarters.

The newly-appointed commander was accorded a guard of honour in accordance with naval traditions.

He joined the Sri Lanka Navy in the executive branch in 1987 as an officer cadet of the fifth intake of Sir John Kotelawala Defence University.

He was commissioned in the rank of sub lieutenant in 1989.

Working his way up the career ladder steadily, he became a Rear Admiral on 15 July 2020. 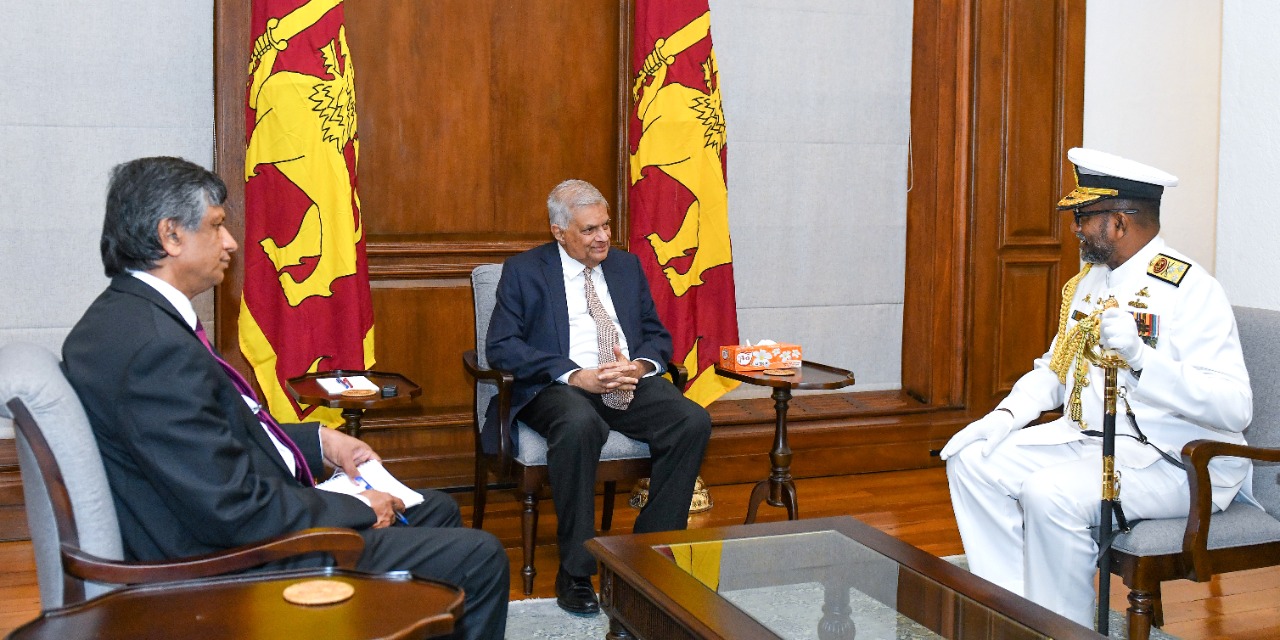 The Navy Commander also presented a memento to the President.

He also met the President’s Senior Adviser on National Security and Chief of Presidential Staff Mr. Sagala Ratnayaka and engaged in friendly conversation. 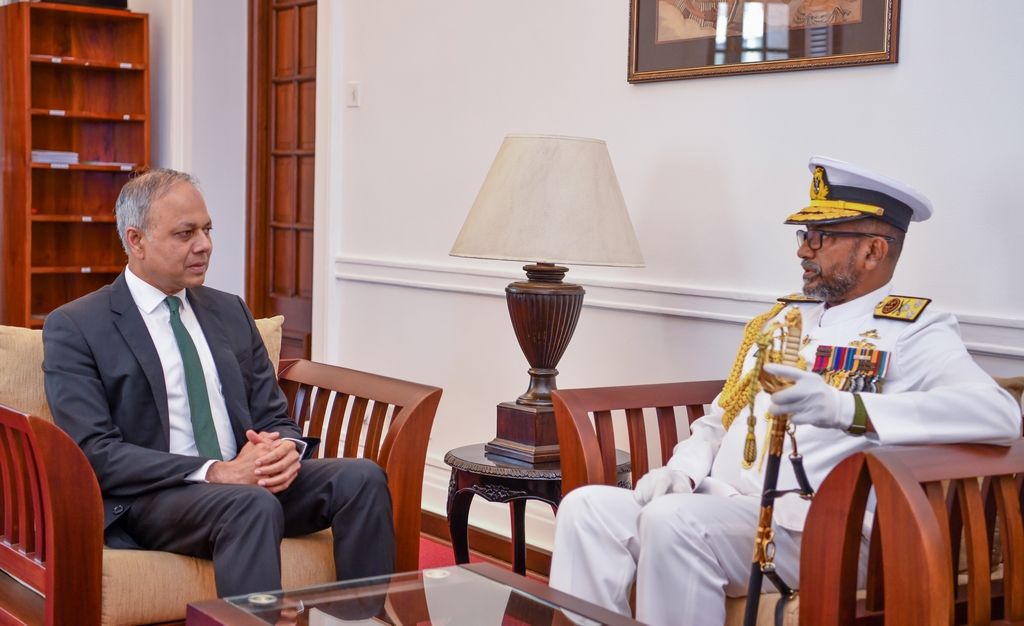