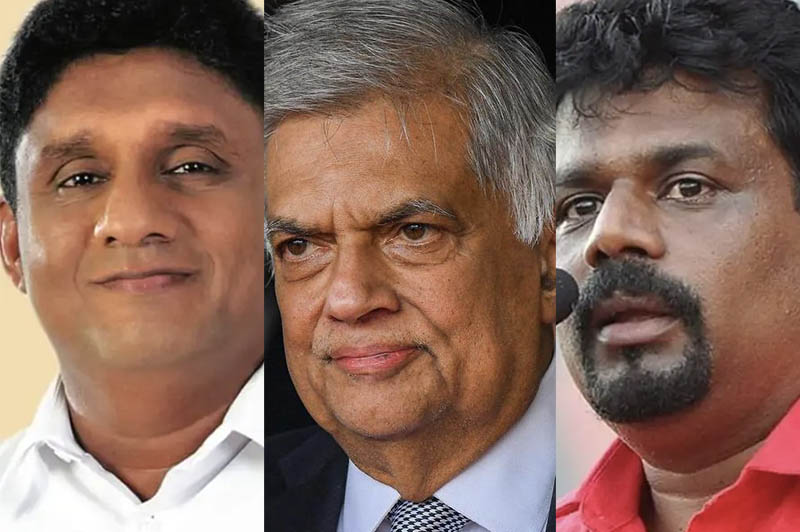 The past three months have seen a fresh decline in favourability for most, giving back some modest gains since August.

President Ranil Wickremasinghe, leader of the UNP, has the least negative favourability ratings, although by a small margin.

In November, he was viewed unfavourably by a net 46% of Sri Lankans, but this was still marginally better than other party leaders.

Recent interviews suggest that Gotabaya Rajapaksa’s ratings may have started to recover from the deep lows (-80%) they maintained for most of the year, with his favourability rating recovering to a net negative 51% in November.

SLOTS has been tracking favourability of leading politicians daily since August 2021.

Through the end of 2021, Gotabaya Rajapaksa, leader of the SLPP, maintained an edge in favourability over the opposition leader, Sajith Premadasa.

The economic and political crisis that hit at the start of the year then collapsed President Rajapaksa’s favourability and dragged down the favourability ratings of all politicians’ SLOTS tracks, with the public expressing unfavourable views of all by April 2022.

From June, the favourability of the other party leaders began to recover but remained deeply negative through October, after which the latest interviews suggest the public is becoming more negative in their views. 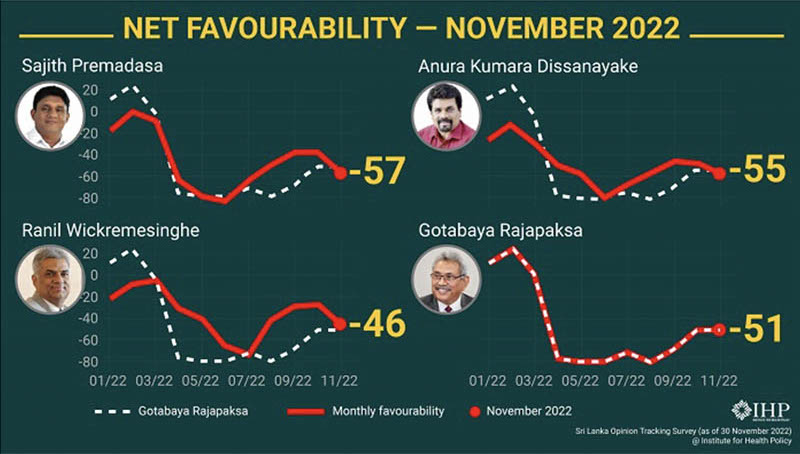