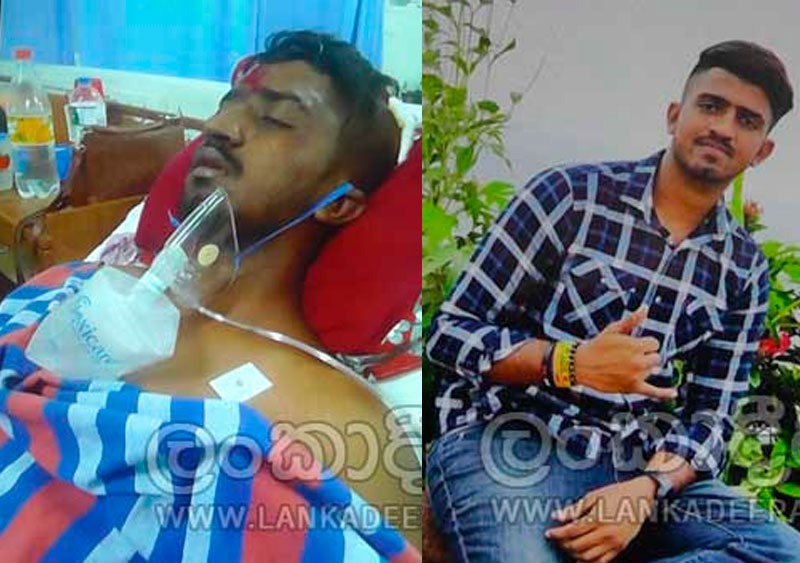 Champion boxer M.S. Dinusha Lakshan had been abducted, assaulted and burnt by a group of persons in Kandy.

He was found in serious condition on the same night, said his mother.

Lakshan had been sleeping at his home at Hospital Lane, Kandy when a person took him outside purportedly to discuss a deal about a motorcycle.

Men who came in two three-wheelers then attacked him with iron bars and took him away by force, she said.

He was later found dumped near a playground in Hantana and was rushed to Kandy General Hospital.

Another of his relatives claims that persons from a law enforcement agency were behind the incident.