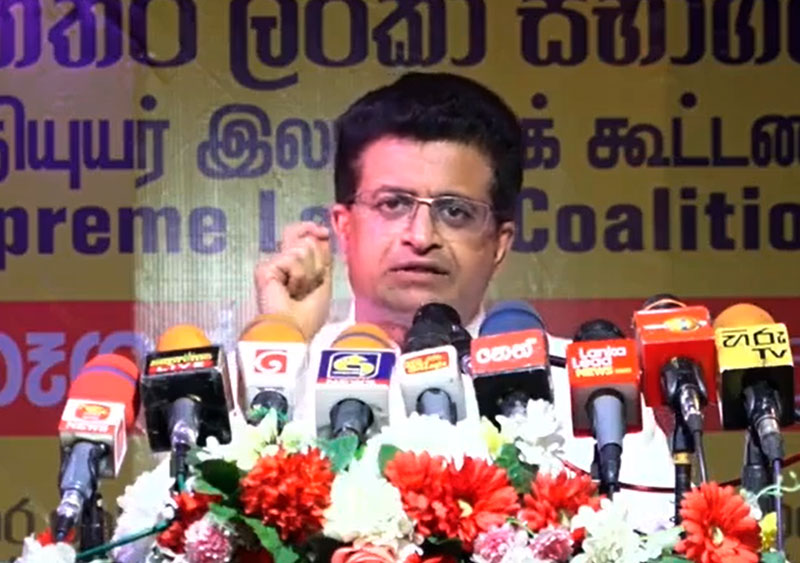 Resolving the power crisis without raising tariffs is possible mainly through encouraging the use of solar energy, said MP Udaya Gammanpila.

He spoke about the issue in a speech to the Supreme Lanka Council’s Kegalle district meeting in Ruwanwella on December 11.

Solar panels could be made popular by giving interest-free loans for their installation at premises with high consumption, such as offices, industries, hotels etc., said the MP.

However, the government won’t agree, because of the power and fuel mafia that earns commissions for those in power, he charged.

Gammanpila said it was wrong to increase electricity charges again by 70 percent, whereas the CEB earned a Rs. two billion profit in October when low-cost hydropower generation is normally at its maximum.

When fuel is used for thermal power generation from December, the cost gets unbearably high to leave the CEB with losses, he pointed out.

At this rate, more than eight hours of power cuts a day is unavoidable.

Gammanpila said he warned about an impending power crisis when Gotabaya Rajapaksa summoned a meeting on January 10.

But, his suggestion of minor power cuts to avoid longer ones were nullified by Basil Rajapaksa who wanted an uninterrupted supply.