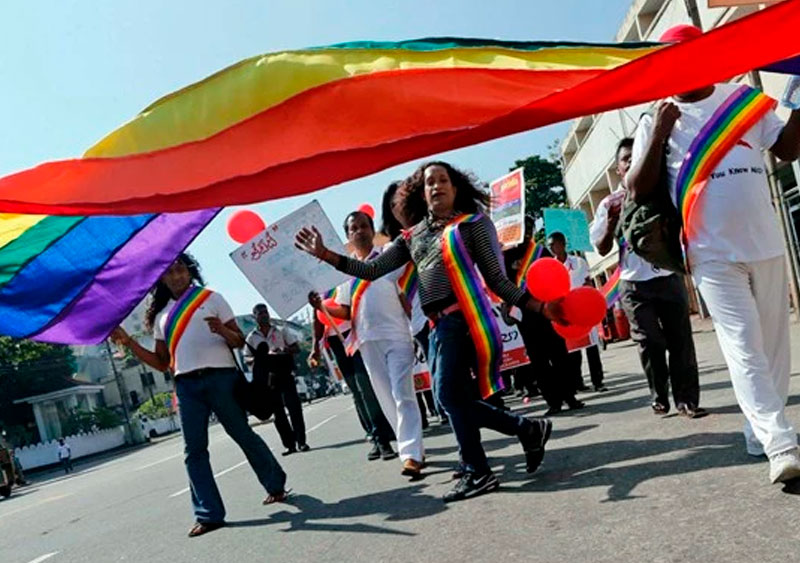 Representatives of the LGBTQ community and their lawyers met IGP C.D. Wickremaratne on November 09 to discuss the many issues they face when dealing with the police.

The IGP tendered an apology to the LGBT community for historic violations and promised to address their key grievances.

The meeting, initiated by the Ministry of Women, Child Affairs and Social Empowerment and Sri Lanka Police, brought together several LGBT organisations, including Equal Ground, National Transgender Network, Venessa Transgender Network, Young Out Here and legal pro bono organisation, iProbono. Senior officers of Sri Lanka Police who were present included the DIGs for Women, Legal and Media, amongst several others.

LGBT organisation representatives highlighted key issues faced by the community including physical and sexual harassment against the community.

The National Transgender Network and Venasa shared the sexual and physical violence endured by the transgender community including by the police. Police regularly arrest transgender persons under “cheating by impersonation” laws although no cheating or impersonation has happened.

Gender recognition has been legal in Sri Lanka since 2016.

IGP Wickramaratne promised to look into grievances affecting the community and as confirmed in a press release directed the Women’s Desk of the Police and DIG Legal Range to take responsibility for issues facing the LGBT community.

The Police also confirmed that they are in the process of preparing a circular with assistance from the Attorney General’s Department on addressing grievances affecting the LGBT community and in accordance with Sri Lanka’s Constitutional guarantees.

The Attorney General has also confirmed that no existing law can be used or applied against the LGBT community in a discriminatory manner including sections 365 and 365A of the Penal Code and to do so would be unconstitutional.

In 2021, the Attorney General intervened to dismiss a case filed by the Naharenpita Police against three gay men for homosexuality.

Last year Equal Ground and several LGBT individuals filed a case against the Sri Lanka Police for hiring discredited counsellor Ama Dissanayake where she spread homophobia and accused LGBT people of being predators. The police has since confirmed that Ama Dissanayake has been blacklisted from providing similar training to the police. 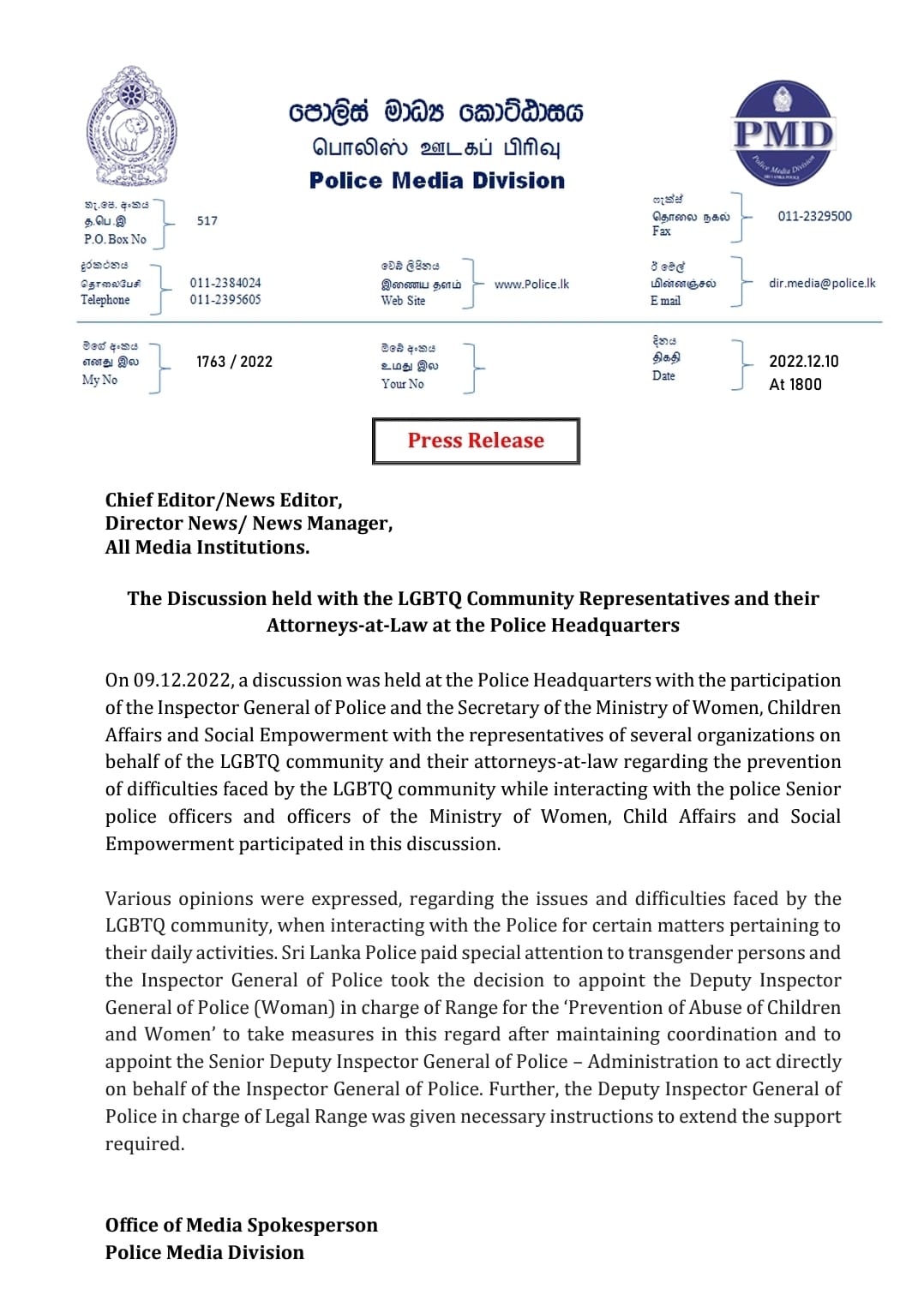