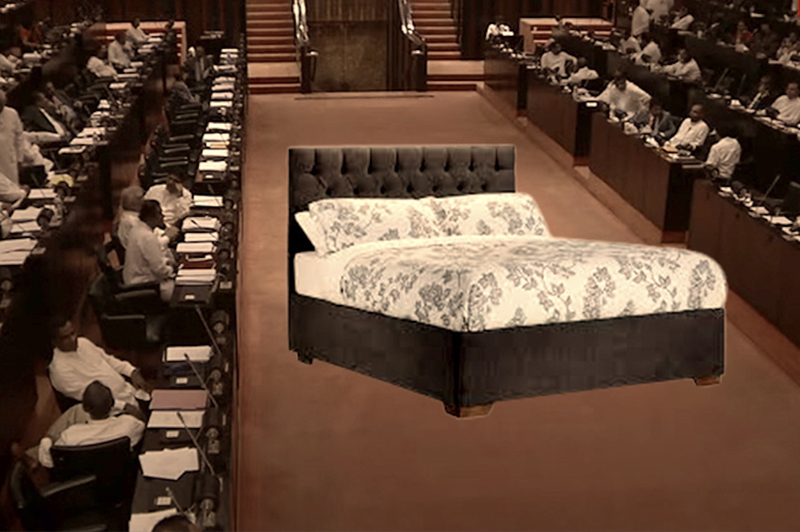 SJB MP Buddhika Pathirana has questioned as to why a bed and a double-mattress had been bought for the president’s office in the parliamentary complex.

They were brought by a private institution on July 28, which in effect is a serious threat to the safety of the president as well as parliament, Pathirana told the House yesterday (09).

The MP tabled documents pertaining to the purchases, that also included a chair and altogether costing Rs. 734,000, signed by the president’s secretary on parliamentary affairs.

He called for an inquiry to determine who would sleep on that bed in the president’s room in the parliamentary complex.

Chief government whip Prasanna Ranatunga asked the opposition MP to speak about the country’s problems without elaborating on a minor matter which the speaker has already promised to inquire into.

SLPP’s Premnath C. Dolawatta claimed the president had bought the furniture at own expense, since those in his room in the parliamentary complex were decayed.

He said the president, prime minister as well as the opposition leader have a bed, chair etc. in their respective rooms in the parliamentary complex to take a rest.