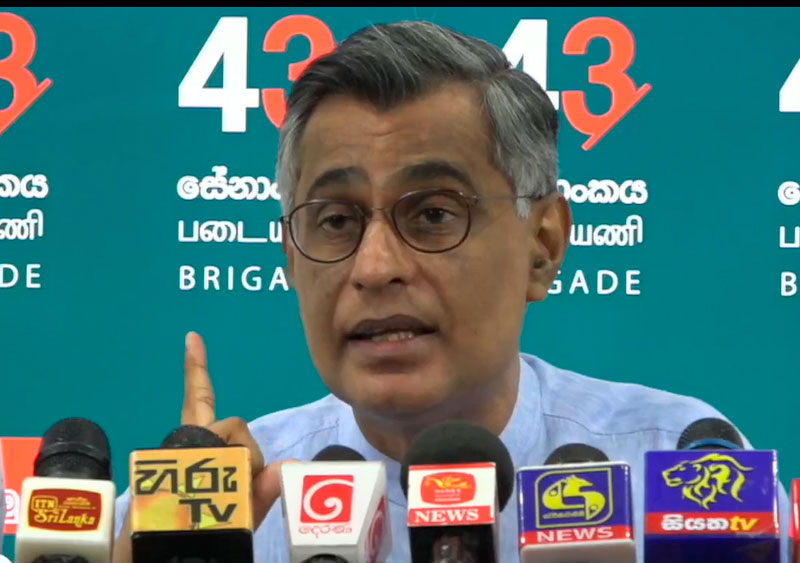 The Ceylon Electricity Board (CEB) is to be segregated into 18 companies and four entities as per a cabinet decision, alleges MP Patali Champika Ranawaka.

The leader of the 43 Brigade told the media that this could be described as a disbanding of the CEB that was formed in 1969.

Such an eventuality will also threaten the public’s drinking and irrigational water requirements.

He urged the Public Utilities Commission and the Power Ministry to reveal the actual fuel prices and the amount of demand without trying to mislead the public with statistics doctored to their advantage.

Without doing so, an increase in electricity tariffs is quite uncalled for, said Ranawaka. The CEB comprises three main divisions for generation, transmission and distribution, and notwithstanding its splitting up into six entities in 2002, the institution remained a single unit, he said.

A proposed act for its segregation aims to complete the work within two years.

In reply to a question raised by a journalist, the MP said the CEB always took the consumers to ransom with threats of power-cuts if tariffs are not increased.

It claims a cost of production of Rs. 56 per unit, but that is a complete falsehood, he said and gave statistics to prove the point.

Hydropower generation costs Rs. 2.41, Rs. 2.70 and Rs. 3.68 per unit respectively for Laxapana, Mahaweli and Samanala which have a combined capacity of more than 4,500 gigawatts.

Diesel and furnace oil power plants with high production costs are for those with a higher consumption such as industries and commercial entities, who however receive concessions.

Consumers and everyone else have paid for the power plants, and it is not a concession given to them by the CEB.

The institution earned a Rs. 2,840 million profit in October due to the tariff hike in mid-August, he said.

Another activist of the 43 Brigade and experienced power sector official, Bandula Chandrasekara, also spoke at the media briefing.