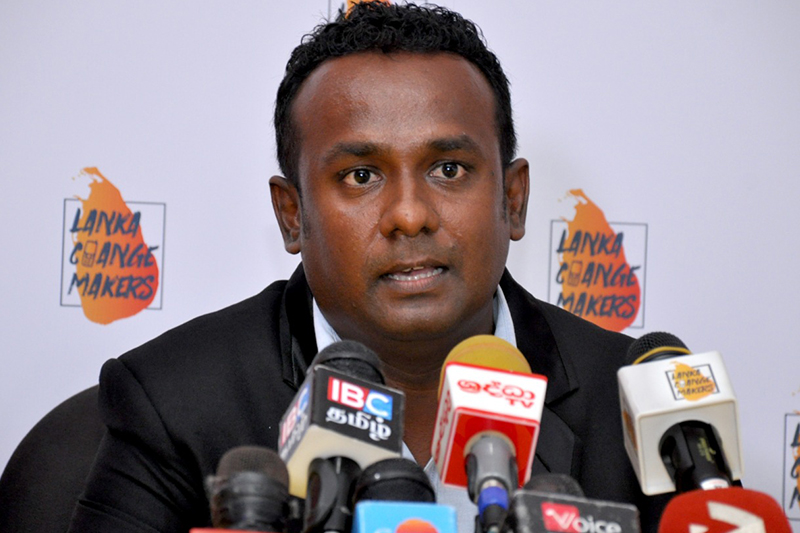 Time has come to introduce new laws to prevent the ever-increasing cybercrime within a democratic framework, said Lanka Change Makers.

Since the absence of such legislation has given rise to various issues, plans are under way to formulate a set of proposals in consultation with other stakeholders that will eventually be developed into an act of parliament, said its activist Chathura Rajapakse.

Speaking to the media at Radical Centre in Colombo yesterday (06), he described the organisation as a seeker and implementer of solutions for the country’s socioeconomic, political and cultural issues.

On the subject matter, he said that with its worldwide use, cyberspace can reap rich dividends for a developing country like Sri Lanka.

However, it is witnessing an alarming increase in cybercrime that makes it imperative for users to be knowledgeable adequately.

Cybercrime means the use of a computer for illegal acts such as fraud, child pornography, copyright piracy and violation of privacy etc.

Rajapakse went on to say that their observation was that cyber harassment, cyberbullying and online stalking were at an extent worse than the 2,927 complaints received by the police in 2022.

It will introduce ‘cyber discipline’ as a solution to raise social awareness, implement existing laws and formulate new ones and to provide mental therapy for the victims.

In order to educate children on cyberspace and its tools, cyber discipline should be incorporated as a subject in national education, about which a dialogue is ongoing with the relevant parties, said Rajapakse.

Lanka Change Makers is getting like-minded individuals and groups together to raise public awareness and to prepare a sustainable national programme in this regard.

Bringing all mobile phone repair shops under state regulation to ensure that they are accountable and trusted businesses by preventing any misuse of personal data is another initiative under preparation.

Partnering with stakeholders to strictly enforce the law against cybercrime and to adopt proper legislation through an act of parliament is yet another measure being undertaken by Lanka Change Makers.