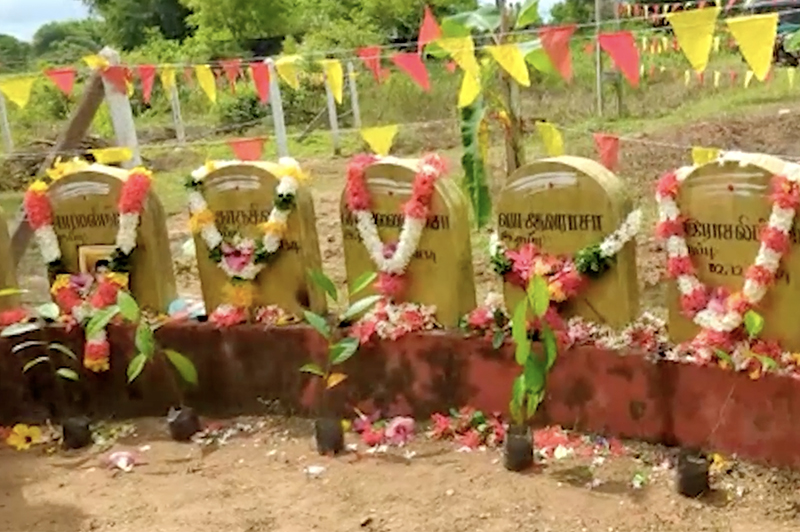 Merits were invoked on 32 Tamil civilians who were murdered in Mullaitivu 38 years ago.

The killings blamed on the military occurred at Odiyamalai rural development hall on 02 December 1984.

Relatives and friends gathered at the site and paid floral and other tributes.

A similar offering took place at a nearby kovil later.

The incident at Odiyamali was one of a series of killings during a two-week period.

Eight other villages too, were targeted, with TULF MPs at the time alleging it a genocide of Tamils aimed at creating settlements of the Sinhalese.

Participants of the remembrance event said no justice has yet been done for the victims.