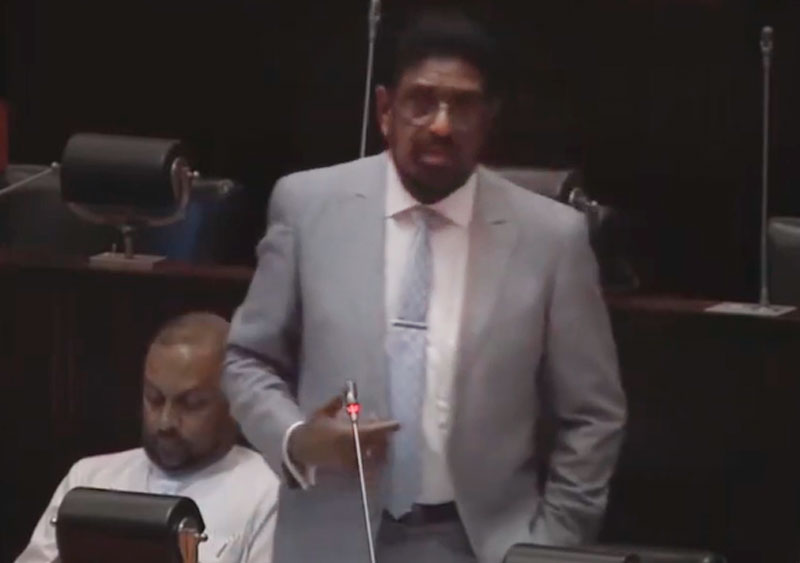 In a sudden turn of events, the government has expressed fears that malnutrition could worsen among children.

This comes after a doctor in Suriyawewa was suspended in September for exposing rampant child malnourishment.

Dr. Chamal Sanjeewa’s suspension by the Public Services Commission and the Health Ministry was roundly condemned.

Also, the government claimed a use of outdated statistics and rejected a warning by UNICEF that nearly 50,000 children have become malnourished.

However, health minister Keheliya Rambukwella said on November 29, “Our surveys so far have found 21,000 children exposed to this. We believe this 21,000 could increase to around 40,000.”

Describing child malnutrition as the most serious issue at present, he said the budget has allocated nearly Rs. 500 million to address it.

According to the Education Ministry, only 1.1 million out of 4.1 million schoolchildren get a midday meal.

Its additional secretary Mahinda Yapa has assured the meal, for which the state allocates Rs. 60 per child, has all the nutrients required.

Meanwhile, secretary of the Ceylon Teachers’ Union Joseph Stalin has said this midday meal provision was in crisis.

Suppliers are unable to ensure a nutritious meal due to the prevailing economic woes and are made to depend on a per-child allocation that could buy an egg only, he remarked.