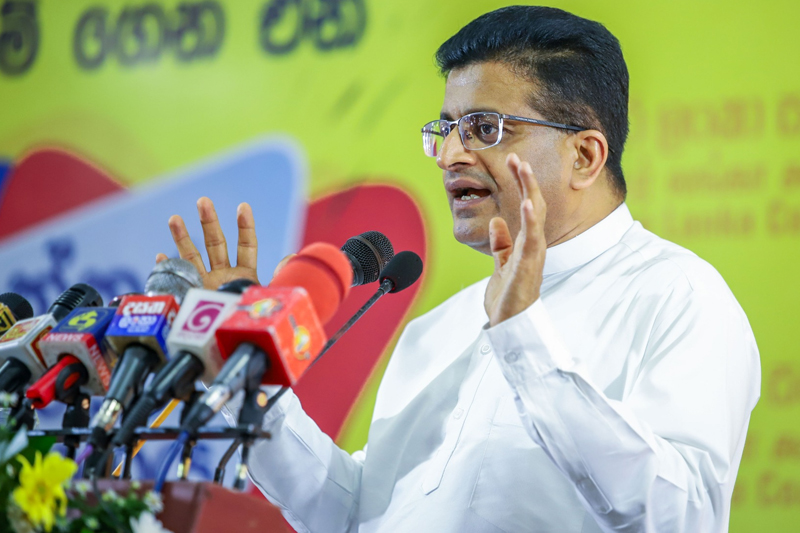 Basil Rajapaksa just looked on as Sri Lanka’s economic crisis aggravated with the hope that parliament will appoint him to succeed Gotabaya Rajapaksa once he stepped down from the presidency, alleged MP Udaya Gammanpila.

The leader of Pivithuru Hela Urumaya made the claim in a speech to the Supreme Lanka Council’s Galle district conference yesterday (29).

The Rajapaksa regime had a chance to avert the worsening crisis, but Basil Rajapaksa not only prevented it, but let it fall further, said the MP, accusing him of being the creator of the crisis.

He said that he first warned the cabinet in October 2020 about an impending crisis and even submitted 11 papers, but nobody took notice.

Gammanpila said that what Basil Rajapaksa did then was to get other ministers to accuse him of being a scaremonger and claim the government had enough dollars.

Now, trading accusations is of no use, Gammanpila said stressing the crisis could be resolved only by determining and addressing its causes.

According to him, the bitter truth that the Rajapaksas swindled to the maximum only worsened the crisis, but it was not the root cause.

We should find solutions to the root causes, which are - spending two or three times the income and a mountain of unbearable and accumulated borrowings, he said.