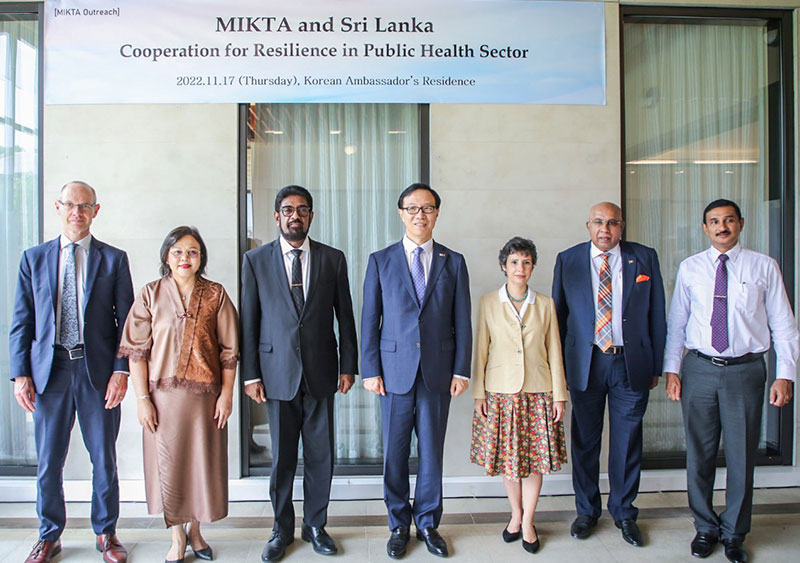 Sri Lanka has been promised assistance for its health sector by MIKTA nations, a grouping of Mexico, Indonesia, South Korea, Türkiye and Australia.

Top Colombo-based diplomats of its five members held a discussion on the island’s public health at the official residence of Korean ambassador Santhush Woonjin Jeong yesterday (17).

Minister Keheliya Rambukwella, who led the local delegation, commended MIKTA for their continued friendship for more than two years in general and their support during the coronavirus pandemic in particular.

Rambukwella described the steps taken successfully against the virus with the backing of its neigbours and other friends.

He also invited assistance in an ongoing fight against hunger.