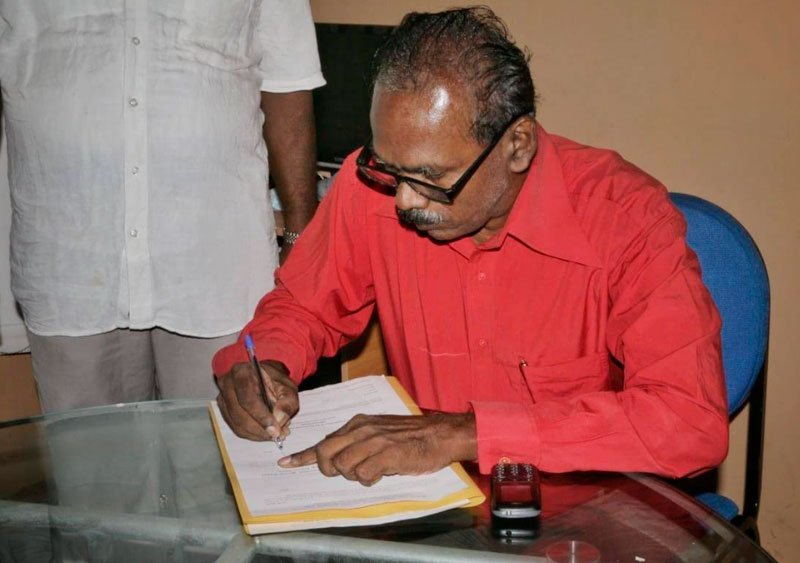 A longtime Tamil human rights campaigner active in the south has assumed office as a member of the Colombo Municipal Council (CMC).

Sundaram Mahendran of the Nawa Sama Samaja Party (NSSP) received the councilor position as per an election agreement with the National Front for Good Governance (NFGG).

The NSSP led by Dr. Vikramabahu Karunaratne contested for the CMC at the 2018 local government polls under the ticket of the NFGG that won 18 seats island-wide, including one in the CMC.