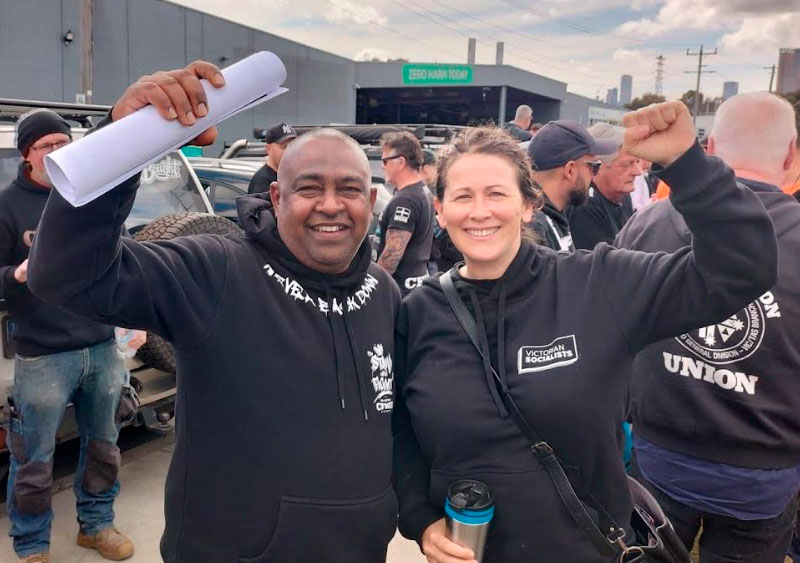 A trade unionist from Sri Lanka played a leading role in securing workers’ rights in Melbourne while the island’s cricket team failed in progressing to the semi-final stage of the T-20 World Cup Cricket tournament having to return home leaving one of their star players in Australia who was detained following rape allegations.

After holding a steadfast strike at the gates of Knauf AU for 40 days, the workers led by Construction Forestry Mining & Energy Union (CFMEU) lead delegate Viraj Dissanayaka have agreed to resume work, after the management bowed down to their main demand for permanency in work.

A left wing trade union leader in Australia for over a decade, Viraj has been active in organising campaigns in Victoria for justice in Sri Lanka.

With a presence in more than 90 countries and with over 40,000 employees, Knauf AU has an annual sale of 12.6 billion euros according to the company’s website.

Trade union leaders say the company’s earlier decision to allow permanent workers to be replaced with insecure labour-hire workers has been withdrawn.

“Defeating this attack is our gift to future generations of Knauf workers, who will enjoy more secure work because of the nearly six weeks we spent out the gate,” Viraj Dissanayake, a lead delegate at the site, told socialist journal Red Flag.

As part of the successful negotiation, the workers were offered better working conditions, an income protection scheme, and double payment for overtime work.

More importantly, improved staffing levels and union training were agreed to by the company. 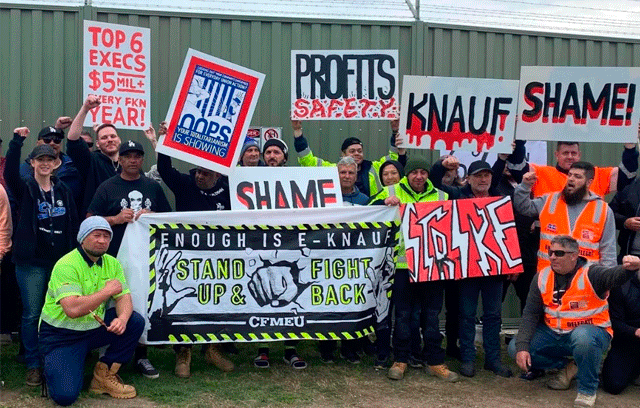 When demands were put forward by the workers with a strike ballot, the Aussie conglomerate threw them out in mid-September. However, the Viraj Dissanayaka-led CFMEU workers stayed put at the gate.

Expressing solidarity with the striking workers, the CFMEU workers at one branch alone raised $13,000 to support their co-workers. Their campaign gained momentum with nationwide support and many individuals and Trade Unions coming forward to support their just cause.

“It was actually a good experience, as in a learning curve knowing how much power an individual has when a workforce sticks together and becomes united," one Knauf worker told local media.

“The place of work should be safe, clean, and free of bullying, harassment, intimidation, and threats from management and other staff. Unfortunately, this is not the case," another strike participant added.

Commenting on their success Viraj said, “We showed one of the world’s biggest companies that they are not all-powerful. We showed workers all around Melbourne and all around the country that workers can call the shots”.

Meanwhile, Danushka Gunathilaka, 31 arrested for alleged sexual assault and charged with four counts of rape is in a Sydney prison cell, after he was refused bail by a magistrate and had his case adjourned to January.