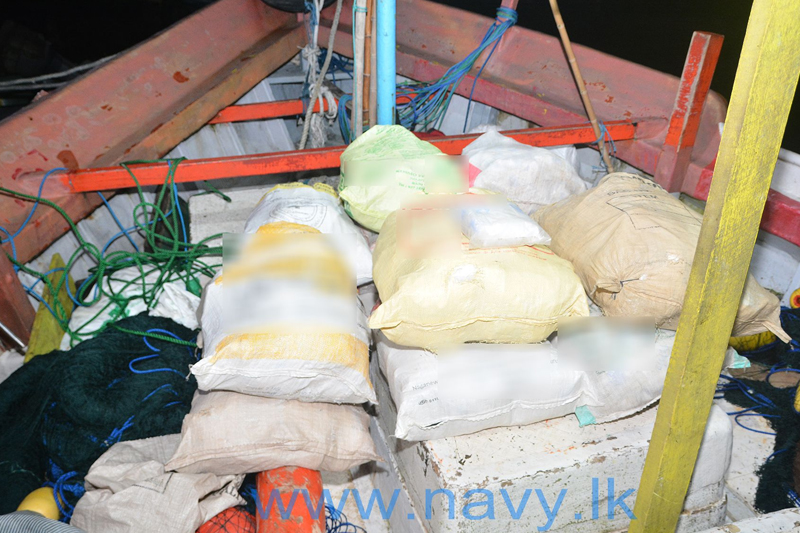 Authorities said a haul of 300 kg of heroin seized in the high seas south of Hambantota was sent by a wanted criminal known as 'Ran Malli', a close associate of underworld leader Nadun Chinthaka alias ‘Harak Kata.’

Both are presently in hiding in Dubai, police said.

The Navy, together with the Special Task Force and the Narcotic Bureau of the police, intercepted a fishing trawler carrying over 331kg of heroin, with a street value of around Rs. 6,622 million and apprehended six suspects off the Great Basses Reef lighthouse on November 05.

They also seized a dinghy believed to have been made ready to transport the contraband to the land and arrested a woman and three men off Nillwella on the following day. 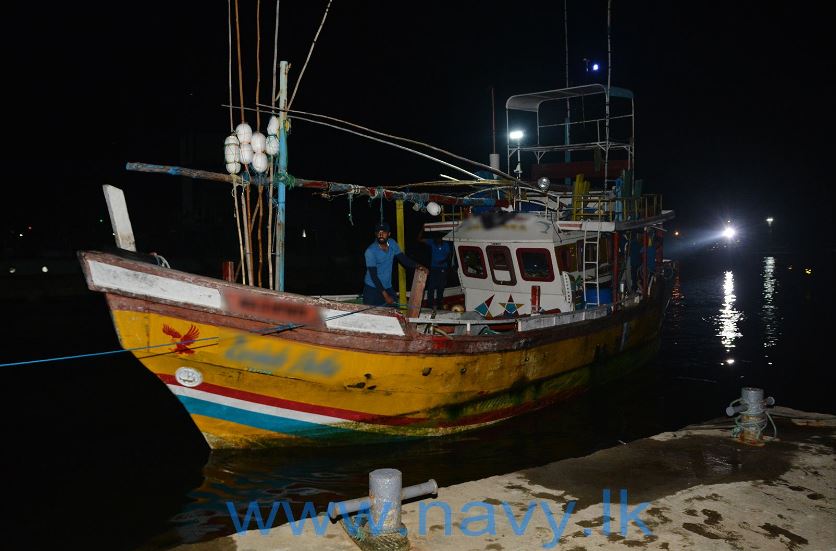 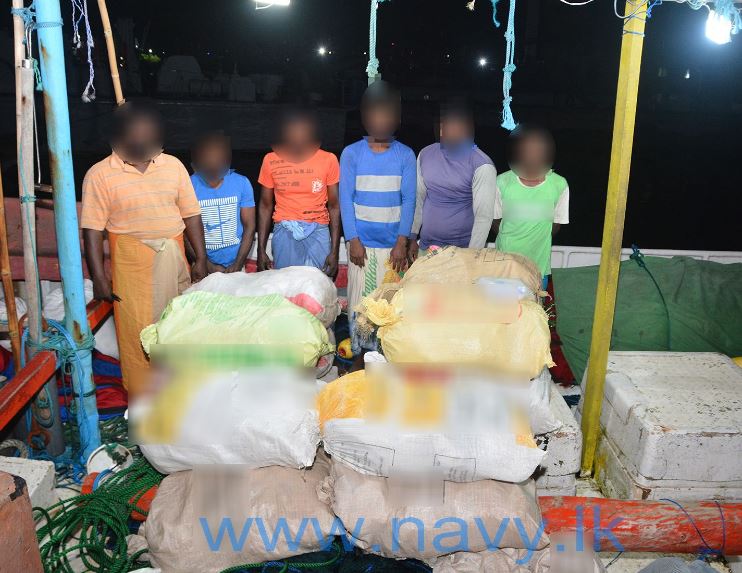