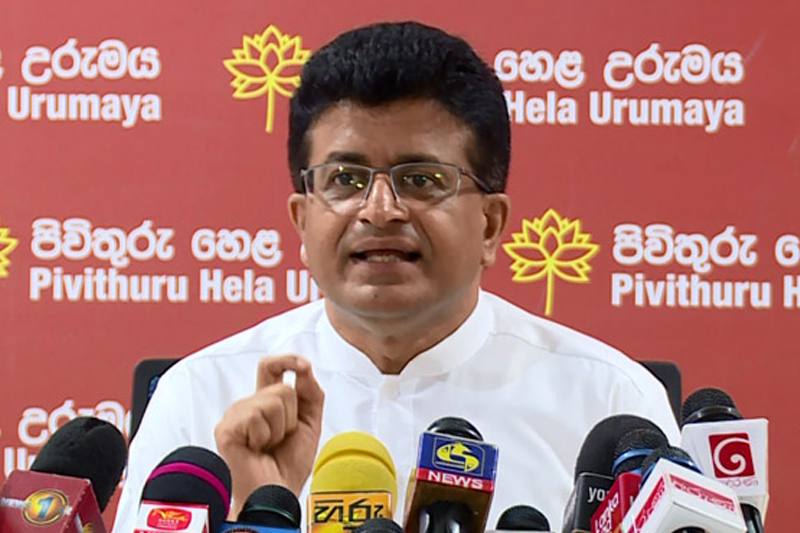 Anyone elected to parliament by concealing dual citizenship should be punished strongly, including the confiscation of assets, said MP Udaya Gammanpila.

Handover by every MP of a sworn affidavit that he/she is not a dual citizen should be made mandatory as well, he told journalists yesterday (25).

Referring to speculation that the present parliament had 10 dual citizens, Gammanpila said the figure could be much higher, but that there was no way of finding them out.

According to him, a rich businessman offered to fund him in 2015 to expose 10 TNA MPs who are citizens of Norway and Canada and a SLFP minister with Swiss citizenship.

Gammanpila said he searched everywhere, but none of those countries gave any details.

Some other methods should be used to find them out, he said.

Countering a claim by state minister Diana Gamage that only Sri Lanka and Australia banned dual citizens from entering parliament, he said that was a lie to mislead the public.

Many other countries, including India and the Philippines, do not allow that, said Gammanpila.

There are no such bans in powerful countries like the US, UK and Germany, where they believe citizens would not betray their country while holding dual citizenship, he explained.

In the meantime, an extensive dialogue is on in social media with regard to the new constitutional amendments introduced for dual citizens.

One activist Lalitha Hewagamage has taken to facebook and claimed MPs with dual citizenship could be removed by revealing them through the Defence Ministry and the Immigration and Emigration Department. 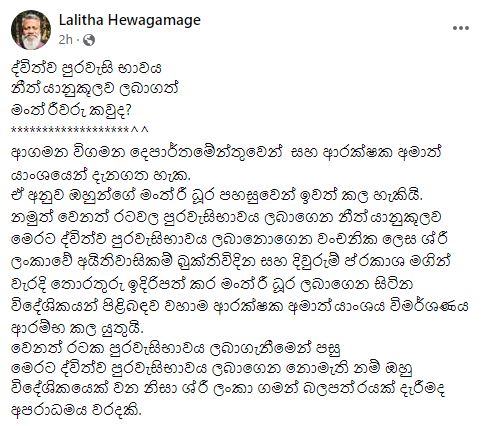