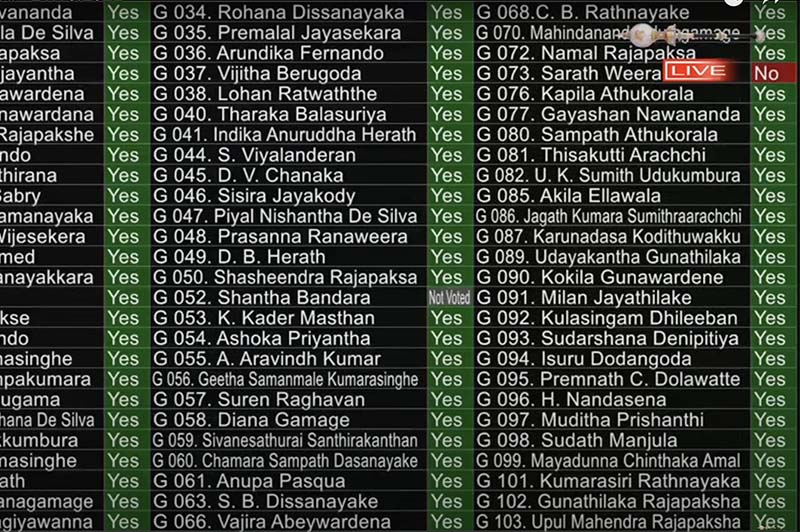 The 22nd amendment to the constitution was passed by a 178-vote majority at a vote following the debate on its second reading in parliament this evening (21).

The amendment was supported by 179 members, while only one opposed.

More than 50 members spoke during the two-day debate.