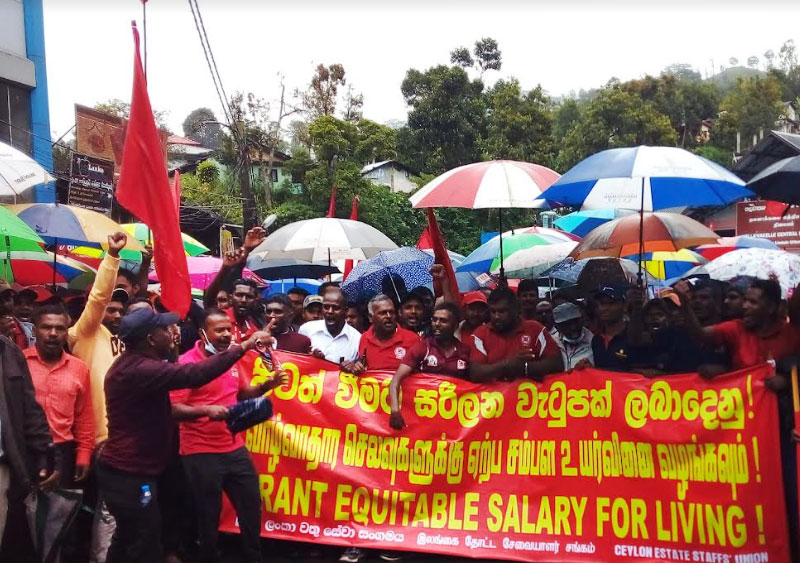 Estate workers have taken to the streets in protest against the refusal by profit-earning employers to raise their wages adequately.

Members of one of the oldest trade unions, Ceylon Estate Services Union (CESU), marched to Kovil Junction in Thalawakele at the weekend and demanded a 70 per cent pay hike.

With a collective agreement signed in 2019 between employers and the CESU having expired last September, estate owners consented to an increase of 28 pc only, even that under three stages.

The TU has disagreed and taken their fight to street protests, claiming their request could easily be met as the estate profits have soared three-fold.

A court has ordered that the minimum wage of an estate worker be raised to Rs. 1,000 per day. 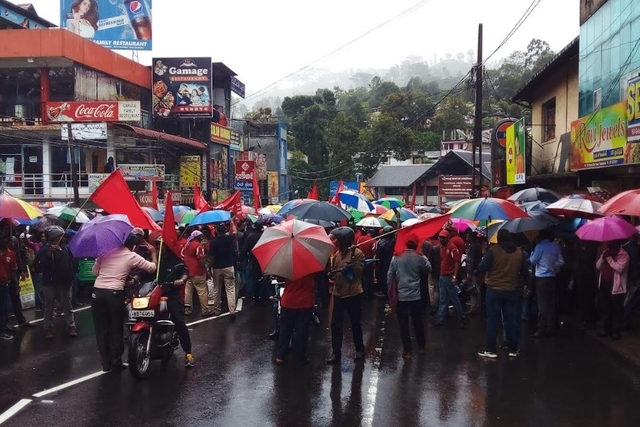 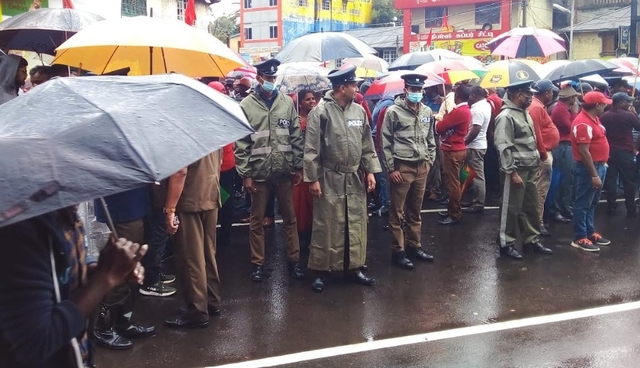