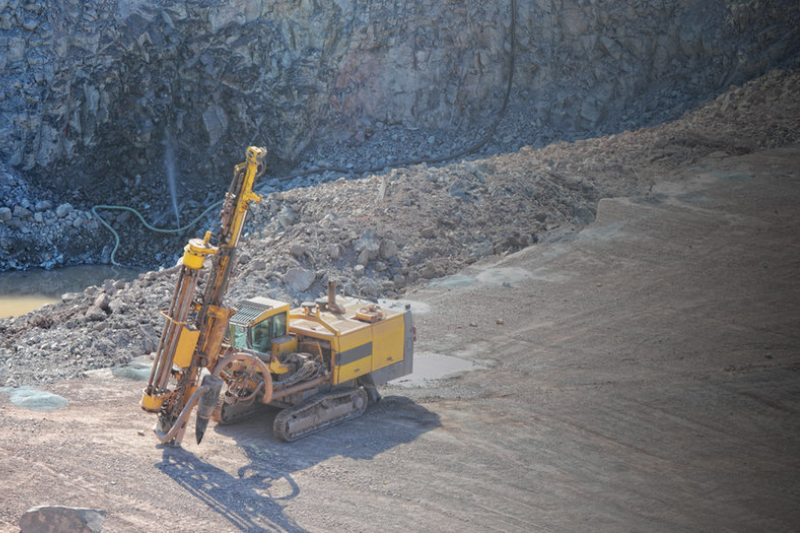 Environmental activists have exposed evidence of alleged illegal mineral sand mining operations by multinational companies in Mannar district and off its coast.

Fisherfolk, landowners and religious leaders spoke in unison against mining Ilmenite that poses a risk of environmental devastation which will have a severe impact on local livelihoods.

Hemantha Vithanage, Executive Director, Centre for Environmental Justice accused the Australia-based mining firm Titanium Sands Limited of mining ilmenite “without any legal approval“ in approximately 240 sq km not only in the Mannar seabed but also in adjoining land area.

Addressing journalists, he called for the immediate halt of ilmenite mining in Mannar district that lies below the sea level. 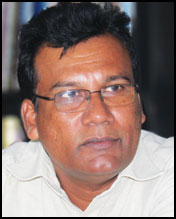 “A lot of proposals are centered around Mannar. One minister is calling for making it a tourist zone. However, the Australian company Titanium Sand has started the preliminary work for mining ilmenite in an area more than 200 sq km. Mannar island belt has an area of 140 sq km only. So the mining activities have extended into the seabed and land area as well. For the said exploration, more than 3500 holes were drilled in the period 2015-19 and more than 400 samples were excavated which were taken to South Africa. Trespassing into some private lands, bores of at least 12 feet depth have been dug. At some places in Mannar district, the land is below the sea level, So, if the land is dug for ilmenite mining, there is a danger of the land being submerged in water”.

He further added that sea water will seep into the land area thereby contaminating the potable groundwater which is a vital source of living for those living in Mannar and the fishing industry too may be badly affected.

“As per the mining act, foreign firms can’t be permitted to explore mineral deposits, but the said company has obtained five permits. However, the geological survey department and mining department deny granting any such permission. Even if they have obtained permission from private parties, they can’t use it. Now, these departments must answer,” Hemantha Vithanage said.

Adding further, Vithanage said reports based on local and international laws on the protection of the Sea must be done, but none was followed in this case.

Moreover, Titanium Sands in their official website has started selling shares assuring profits from the Mannar project. “Is it not illegal to advertise a project for which permission has not been granted in Sri Lanka”? he questioned.

Religious leaders from the community made a passionate appeal to authorities. "If you immediately give up this project, stop the sand mining project, and your name will be glorious in the eyes of God," said  Mannar Citizens Committee leader Fr A. Gnanapragasam.