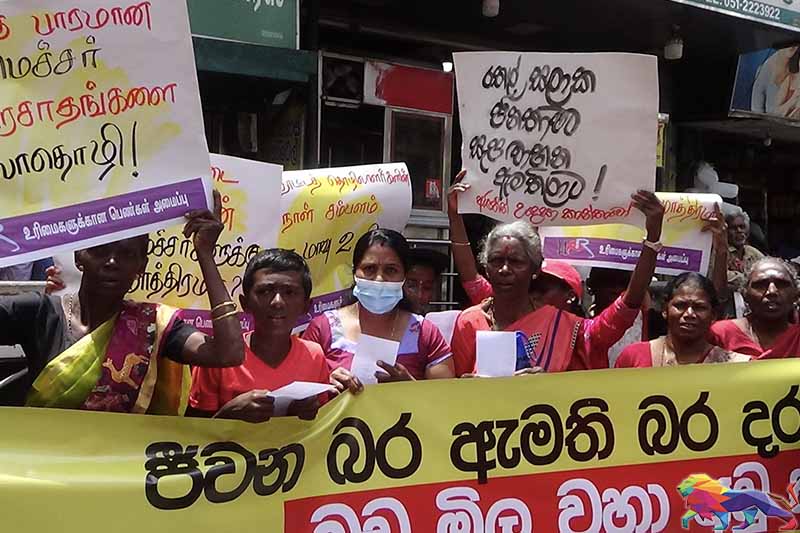 Estate workers took to the streets of Hatton town at the weekend under the banner of ‘struggle of the famine’ and demanded a reduction in prices of food commodities and medicines.

They also asked for a wage to suit the cost of living during the hour-long agitation.

Protesters belonging to the JVP-affiliate Women for Rights said they were satisfying hunger with chow-chow (gourd) and various yams in the face of skyrocketing prices of essentials.

They displayed placards asking if eggs, milk, meat and fish are only for ministers, about the fate of the nutritional pack promised for pregnant women, luxury vehicles for ministers while the people remain on the streets and called for an end to the burdensome privileges of the ministers.

Their president Savitri Paulraj said people of the entire country had to go without food due to the escalation in commodity prices.

“Among them, the economically-lowest plantation people eat something once a day. In this situation, they will have to die of hunger soon,” she said.