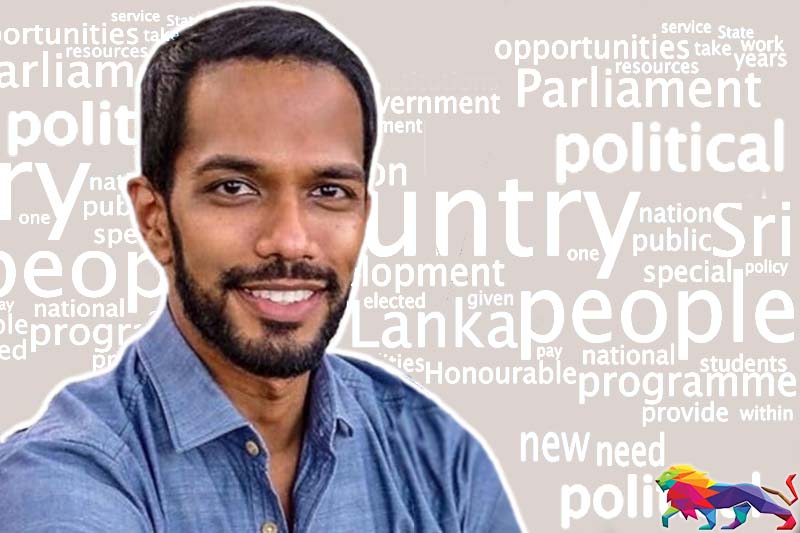 The media has been extensively reporting that the son of former president Chandrika Kumaratunga will soon enter politics.

According to these reports, Vimukthi Kumaratunga is to be appointed electoral organiser for Attanagalle by the New Lanka Freedom Party (NLFP) led by MP Kumar Welgama.

The party is presently posting electoral and district organisers and the ex-president is tipped to be appointed to lead Gampaha and former minister Jeevan Kumaratunga to Colombo.

Social media too, has taken up Vimukthi’s imminent political debut.

A facebook posting by political analyst Chinthana Dharmadasa says he welcomes his entry, as the country needs a rebuilding of the SLFP under him as the only way to prevent Namal from gaining power in 2030.

He questioned if Welgama’s party could give Vimukthi the strength required.

Mahesh Hapugoda disagrees, asking on facebook as to why Vimukthi is needed, when there already are Lahiru, Pubudu, Duminda, Ratta, Damitha and even Hirunika who have “clashed with the difficult earth.” 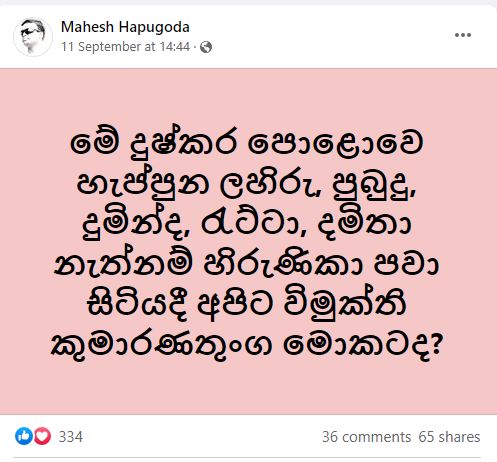 In the meantime, the social media channel FreedomTV has made a different analysis of the matter which can be found below.