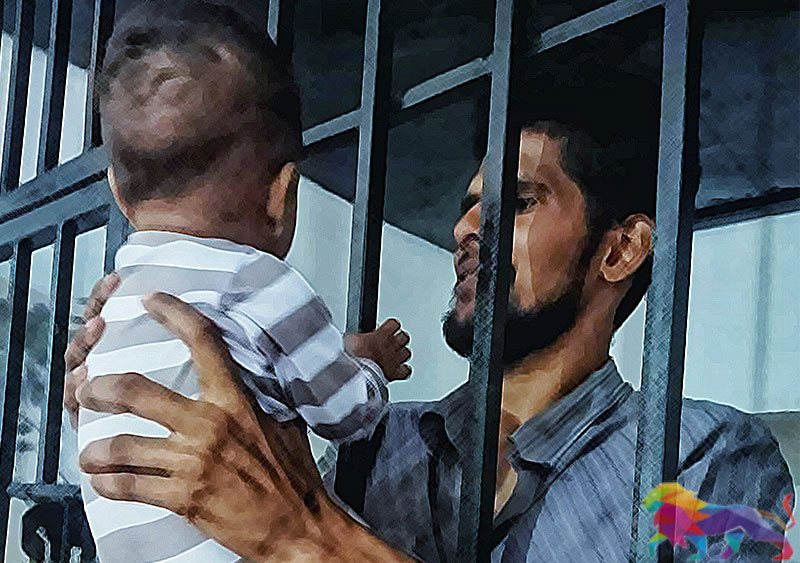 President of the Batticaloa District Civil Society Forum Sabaratnam Sivayoganathan has been summoned to the head office of the Counter Terrorism Investigation Division in Colombo on September 09 for an inquiry.

Sivayoganathan has not been provided any information about the inquiry, said Journalists for Democracy. 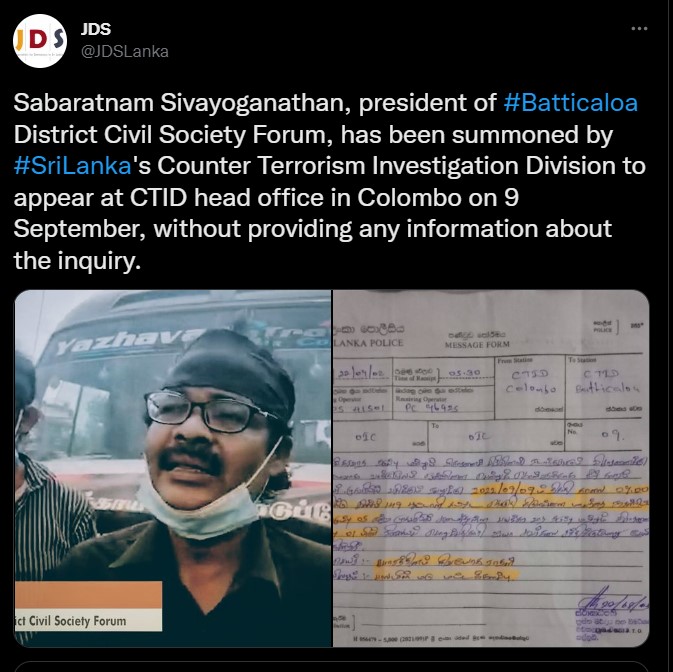 Meanwhile, a resident of Nittambuwa has been granted bail after his arrest by the Bemmulla police on September 03.

Dhanushka Lakmal had been kept in police and remand custody for 48 hours.

The Gampaha magistrate’s court fixed the next hearing against him for October 06. 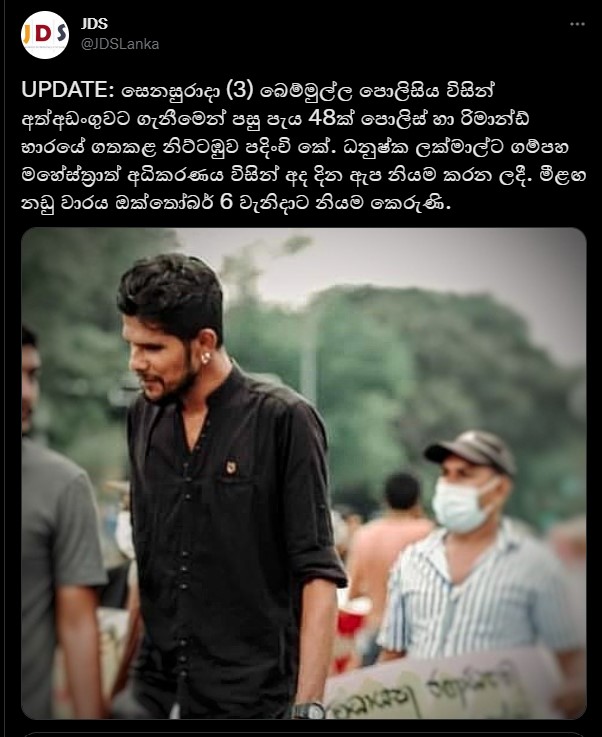