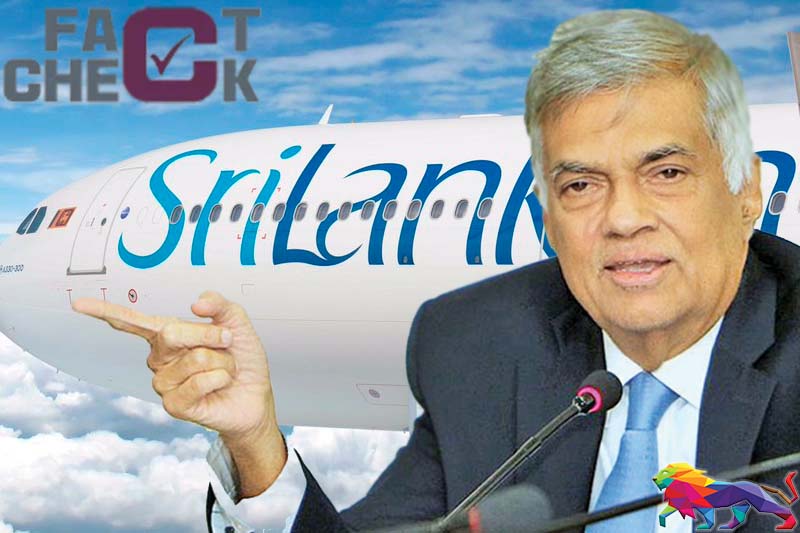 President Ranil Wickremesinghe is correct about the national carrier SriLankan Airlines’ soaring losses, according to FactCheck.lk of Verite Research.

The current president made this claim when he was the prime minister.

To evaluate the claim, FactCheck.lk said in a press release, that it consulted the Sri Lankan Airlines’ Annual Reports from 2007 to 2021.

Each annual report gives the profits and losses for a financial year, which runs from April to March.

These figures provided by SLA are in line with the President’s claim (see Exhibit 1). 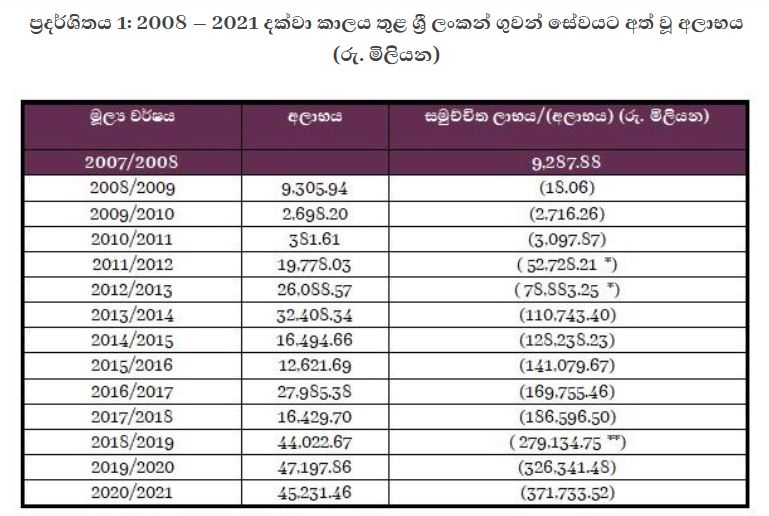 Therefore, we classify his statement as TRUE, said the press release.

FactCheck.lk’s verdict is based on the most recent information that is publicly accessible.

As with every fact check, if new information becomes available, FactCheck.lk will revisit the assessment.

SriLankan Airlines has not made a profit since the 2007/08 financial year.

The Mid-Year Fiscal Position Report 2022 by the Ministry of Finance records a loss of LKR 248 billion for the airline from January – April 2022.

That includes an exchange loss of LKR 145 billion in March 2022.